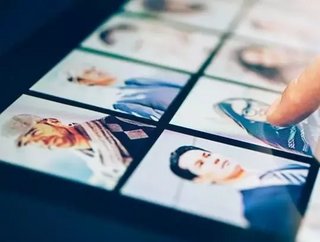 Your business depends on the talent you employ. In big technology firms, the best way to find that talent is to take it from your competitors, where they can bring in new ideas, networks, and approaches - without having to train their recruits from scratch.

The new infographic from Talentful looks at the companies where Google are searching for new engineers, where eBay are bidding on new data analysts, and where Apple are taking a bite out of the business – as well as where other familiar tech firms like Amazon and Microsoft find their new product managers.

Unsurprisingly, Facebook poached the most from other social media sites, picking up the majority of their pilfered workers from fellow Valley start-ups Twitter and LinkedIn, while Google sought out their direct rivals for their recruitment tactics, with over 4050 employees taken from Microsoft, owners of the search engine Bing.

Despite most of the companies showing some plundering from Google, the multi-billion dollar company isn’t lacking for staff – they had the highest showing of poaching in the study, with just under 12800 staff taken from other technology companies.

Of the companies investigated, Airbnb was the least aggressive in their tactics, taking the fewest employees from their rivals. Their most frequented hunting ground was Google, where they found 261 employees, but that pales in comparison even to Uber, who took nearly 600 of their staff from the world’s most popular search engine.

While there’s a lot of trading back and forth, some of the companies have taken more employees than they’ve had poached from them. These are the top five:

“There’s a huge amount of staff trading between companies,” said a Talentful representative, “And every time one company hires a staff member from another, they’re not just bringing in that person – they’re bringing in their whole network. People like to work with familiar teams who know the way they work, and they end up bringing their colleagues with them.”

Using LinkedIn, we found the total (current) number of employees for each company. We then filtered by ‘past company’ to determine how many of those employees used to work for other companies featured within our infographic.