A roundup of Donald Trump’s business successes and failures 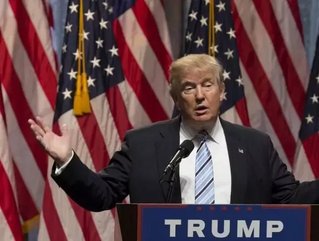 Donald Trump was born into a wealthy family in 1946. He is an American businessman, television producer and Republican politician with presidential hopes.

He is worth a staggering $3.7 billion USD and has five children. He is also the Chairman and President of conglomerate company The Trump Organisation (formerly called Elizabeth Trump & Son), which he owns 100 percent of. His three eldest children (Donald Trump Jr., Ivanka Trump and Eric Trump) all serve as Executive Vice Presidents for the company.

The Trump Organisation also owns a stake in Trump Entertainment Resorts, Inc. The company was previously known as Trump Hotels and Casino Resorts (up until 2004).
When it first launched, there were three casinos; The Trump Plaza, Trump’s Castle, and The Trump Taj Mahal. These casinos thrived in the 90s when (in 1996) the company had a market cap of more than $1billion. This made Donald Trump’s 41 percent stake worth roughly $400million. However; the casinos struggled and now, Trump Entertainment only owns one property which is The Trump Taj Mahal in Atlantic City. Trump Entertainment has faced a lot of problems and has declared itself bankrupt four times in 1991, 2004, 2009 and 2014. The bankruptcy of Trump’s Atlantic City casinos left him (reportedly) in more than $3.4 billion of debt and his subsequent abandonment of the site is one of his darkest ventures.

In 1988, Donald Trump purchased the Plaza Hotel in New York for more than $400million. He then spent more than $50million renovating it under the direction of his former wife Ivana Trump.

Trump owns 18 “world-class” championship golf properties and resorts under the name Trump Golf. These golfing properties are located in many different locations from Miami (which won Golf Magazines ‘Best U.S. Resort Renovation’ award) to Ireland. The golfing properties have been described as “the greatest golf portfolio ever assembled by one man”.

Trump also has his own portfolio of ‘Trump Hotels’. These hotels are located all over the world from Florida, Las Vegas, Hawaii and New York in the U.S. to Toronto in Canada and Brazil and Panama. There are even two hotels in Scotland and one in Ireland too.

“We put you at the heart of it all with exceptionally designed hotels in iconic destinations and the most stunning views. With our personal mission to deliver unparalleled service and experiences, you never have to settle for anything less than extraordinary” – Trump Hotels Website.

Donald Trump also owns Trump International Realty which is headquarted in New York City and is a brokerage firm claiming to be the world’s only global luxury real estate super-brand.

Another part of Trumps business empire is Trump Winery. The winery is located in the foothills of the Blue Ridge Mountains on 1,300 acres of land in Charlottesville, Virginia and has almost 200 varieties of French Vitis Vinifera and even a tasting room (since 2011). Trump Winery is Virginia’s biggest vineyard and the largest Vinifera vineyard on the East Coast of the states. The winery opened a 45-room boutique luxury hotel within the vineyard in 2015, spanning 26,000 square-foot named the Albemarle Estate.

“We pride ourselves on creating the finest terroir-driven sparkling, white, and red wines, which have won numerous national and international medals and best-in-class designations”.

Donald Trump even has his own eau de toilette spray (launched in 2012) that is sold in numerous Macy stores across the U.S.

Trump also owns a few lesser-known companies such as:

Trump has also had his fair share of business disasters such as: