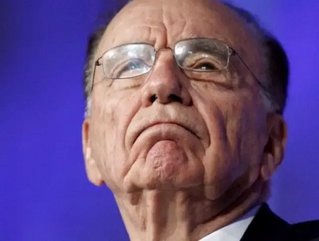 Rupert Murdoch's  $80 billion takeover bid for Time Warner Inc. has been rejected, but will the media mogul walk away from the deal?

Rupert Murdoch’s media powerhouse, 21st Century Fox, recently made an $80 billion takeover bid for Time Warner Inc., however the deal has been rebuffed.

On Wednesday, Time Warner confirmed that it had rejected a cash and stock offer from 21st Century Fox, its reason being that it was not in the company’s best interests. Instead Time Warner said in a statement that its own strategic plan would “create significantly more value” for the company.

Time Warner also cited “uncertainty” over the value of non-voting shares of 21st Century Fox. Time Warner currently has no controlling shareholder, while the Murdoch family, which has 39.4 percent of the voting rights of the Class B shares, controls 21st Century Fox.

Time Warner revealed that 21st Century Fox had offered 1.531 of its Class A non-voting common shares and $32.42 in cash for every Time Warner share - or a total of nearly $86.30 - a premium of roughly 22 percent to Time Warner’s closing price on Tuesday.

Are the Tables Turning?

Time Warner’s bold rejection of Murdoch’s bid could give it the upper hand and may even result in a reshaping of the media industry. Andrew Ross Sorkin, founder of Deal Book went as far to say that Time Warner’s approach could prompt “a new spate of mega-mergers among the nation’s largest entertainment companies.”

Had the deal gone ahead, together 21st Century Fox and Time Warner would have become a bit of a behemoth in the media world, owning a wide array of television networks and channels such as Fox, Fox News, FX, TNT and TBS. They would also own premium subscription channel HBO and movie studios 20th Century Fox, Warner Bros. and other mainstream outlets. It would also combine Fox’s growing sports business with the broadcast rights that Time Warner owns for professional and college basketball and Major League Baseball, among other sports.

The combined company would have total revenue of $65 billion.

Will Murdoch Walk Away?

It would be wise to remember, that Murdoch has built his media empire, in part, by pursuing bold deals that were often rebuffed at first by targets that would later acquiesce.

According to reports, 21st Century Fox first approached Time Warner in early June. During an initial meeting 21st Century Fox said that it would raise $24 billion to help pay for the deal and stressed that its bid was not dependent on financing.

The company estimated that a combination would create $1 billion in cost savings and possibly more, primarily by cutting sales staff and back-office functions. In its letter, sent on June 24, 21st Century Fox insisted that it planned to keep Time Warner’s most successful managers and creative executives as well as its various channels and studios.

It is thought that Time Warner’s board discussed the proposal at length, however, on July 8 sent a letter rejecting the offer, saying the company was better off remaining independent.

While the talks between the two companies have thus far been considered friendly, people involved in the discussions say that Murdoch is determined to buy Time Warner and is unlikely to walk away.