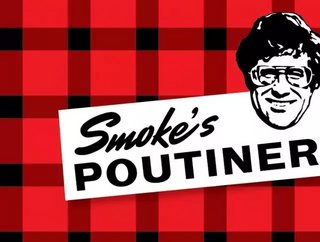 “You’ve got to get on the gravy train early, or it’s gone,” comments Ryan Smolkin, CEO of Smoke’s Poutinerie, from the company’s global headquarters in Ontario. He’s certainly someone who isn’t afraid to leap onboard a project with no prior experience.

At college, he started a business selling squash racquets on campus and then began a property business which he continued upon graduation. “I knew nothing about building properties, but I did my first one and learned to fly.” When he sold the business off in the early 2000s, it had $4mn in assets. “I had built it up from nothing… just hard work and pumping out, and building, and putting my butt on the line.”

After selling, Smolkin “chilled out for a couple of years” in order to spend time with his newborn twin boys, and then “got the itch” to begin Smoke’s, an idea he’d been toying with for over a decade. In 2008 he opened the first store and began franchising in 2009. While he’s dipped his toe in many pools over the years, and loves starting from scratch, 10 years on it seems Smokes is the one that’s stuck.

Where does Smolkin’s passion for entrepreneurship come from? “It’s nothing about the money. It’s controlling your own destiny, seeing something built from nothing,” he enthuses. Smolkin’s adamant that while many people have great ideas, it’s all about following through. “I put my ass on the line. I’m not relying on other people – other than the great people that work around me as we grow. I control it. If the dollars come with it, and success, then that’s a bonus.”

Of course, passion for the product is paramount. Poutine is a simple dish of fries topped with cheese curd and gravy. Originating from Quebec, the dish has had to shake off some oft-negative connotations relating to its origins, but with the help of Smoke’s Poutinerie it’s come into the mainstream throughout Canada and beyond. There’s now talk of classifying it as a dish in its own right, and Smolkin feels he’s been instrumental in this. “I created this food category – not poutine, which has been around for 70 years, but I created the Poutinerie: four walls dedicated to nothing but poutine and everything you can load on top of it.

“We load our product high and mighty, but it is a great quality product. Premium potato, premium top-end cheese curd, and our custom gravy – over which we have proprietary rights. Then we have all the top names as vendors like Maple Leaf Foods and Cardinal Meats. Every topping that goes on is high quality.”

A shot in the dark

Though Smokes was yet another shot in the dark for Smolkin, it’s clearly paid off with his previous successes having bolstered his can-do attitude “I’d never set foot in a kitchen or worked back-of-house… it was new territory again. A whole new food category, getting into franchising.”

Did the lack of experience bring challenges or opportunities? “It’s good and bad,” Smolkin muses. “You just turn the downsides into opportunities. In my case, I wasn’t hung up on what the industry was doing, otherwise we’d have been pigeonholed and been like everybody else. I’ve created this global empire of Smoke’s Poutineries, and built this totally disruptive brand. We do things the opposite way to everyone else.”

Bringing it back to the most important part, a quality product, he adds: “The standard potato for French fries is a russet…. Why the hell would I want to use a russet potato if everyone else is? I want something premium.”

While there were initial teething issues like staffing and kitchen layout, Smolkin was quick to learn and is philosophical about how he’s adapted: “If I knew anything about franchising I probably wouldn’t be where we are today because I went the total opposite to what I was supposed to be doing.” Rather than expanding gradually geographically as most franchises do, Canadian expansion happened – and still happens – unit by unit. However, this method has adapted to suit the US and will adapt again globally.

“My strategy from day one was university towns. My core target was 18-25-year-old, the midnight to 4am crowd, millennials and now Gen Z who are hitting 18-20 now. Millennials want experience, over and above quality food, but also entertainment. Gen Z are even more savvy – you’ve got about five seconds to capture that mind. You’ve got to connect with them, give them something to come back for to get that brand loyalty going.”

What about the new clean eating crazes then? Smolkin laughs in their face, though maintains honesty is the best policy. “Oh it’s not a challenge at all. I’ve been taking it on the chin from day one – my tagline is ‘clogging arteries since 2009’. It’s a comfort food, an indulgence. If I was competing on healthy food, I’d get butchered, but everyone is still indulging. This is the same demographic that’s having 10 beers in a night – you think that’s heathy?”

Utilising the latest technology is also key for this demographic. “We’re partnered with third party delivery services which is the hottest thing right now. The delivery service market is going up by 40% per year. Then mobile, we’ve got our app launched. For a small chain like us, to compete with the big boys, that’s essential.”

What about those big boys, then? It’s going to take a lot to stop the gravy train in its tracks, according to Smolkin. He puts it down to three key marketing areas: events, PR and social, recalling “that’s all we could afford starting out.”

Smokes’ key event, the Smokes Poutinerie World Poutine Eating Championship, is going from strength to strength. He adds that from the beginning “we blasted the crap out of social”, and as for PR, does not underestimate its value. “People that are interested in the story have been my lifeline. That’s how we connect.”

As Poutine becomes more popular competition has increased, but Smolkin can hardly contain his delight that more people are enjoying his favourite dish. “All the major international chains in Canada are selling poutine. I’m high-fiving these dudes, because they’re spending their tens of millions to promote a product in an indsutry that I own… they’re making it mainstream for me.”

So far, though, Smoke’s is only on one continent. When might the rest of the world get a ride on the gravy train, or is “global domination” just a cheesy line?

A key element to this is viewing the business not as a Canadian one, but as a global company from the start. “We’re a global brand that happens to be based in Canada. Big difference. I’m not a Canadian company trying to break the rest of the world open.”

“Coming overseas, like to the UK, it’ll be a master franchise model where you’re looking for someone to take on the whole country or countries. The UK is top of our hit list, then Australia, Europe, Asia and the Middle East.

“When we come to the UK it’s going to be a whole new palette. That’s awesome,” he adds. As a company that relies on university campuses to locate, Smolkin is also excited about the massive higher education institutes in the US and further abroad, like the UK, he has yet to tap into.

So how much Poutine does Smolkin actually eat? “Every meal. Breakfast, lunch, dinner, and sometimes the midnight snack. After a rough day I need a little injection of gravy into the blood stream. Sometimes I just drink a glass of gravy. Sometimes I’ll even eat a raw potato for a snack.” Global domination or not, there’s no accounting for taste.