Staples to be bought for $6.9bn: five other Sycamore Partners investments 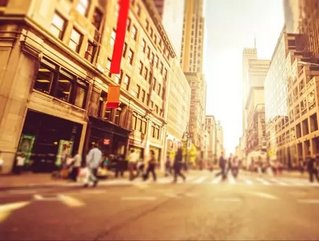 Shares will be bought in cash for $10.25 each, with values rising 8% on confirmation of the deal.

Staples operates out of 1,255 stores in the United States and they hold the largest share of their market at 48%, according to Euromonitor.

Sycamore specializes in retail and consumer investments. Here are five more companies in which they have invested in recent years:

Hot Topic
Hot Topic, based in Los Angeles, offers music-inspired apparel and accessories and licensed merchandise in over 600 stores.
Sycamore took over the retailer in 2013 in a deal worth $600m dollars after previews revenues had failed to reach Wall Street estimates.

They were acquired by Sycamore in December 2015, ending 127 years of local ownership.

Talbots
Sycamore separated with $193m in 2012 to finally conclude a deal for Talbots.

With over 500 stores in 46 states and Canada, it is a leading player in the women’s fashion market, specializing in apparel, shoes and accessories.

The company is a wholesale partner to major U.S. retailers, operates over 250 branded concept stores, and has international licensing relationships with over 1,200 points of sale abroad.

Torrid
Torrid runs more than 300 stores in the United States and Canada.

The mall and web-based specialty retailer offers fashion, lingerie and accessories in size 12 or up for women.