The Stevie Awards: Oscars of the business world 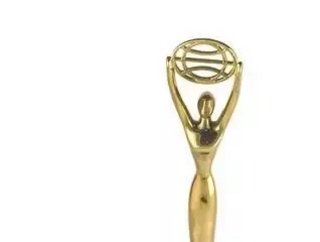 Sometimes, across industries rife with potential for crime and corruption, the genuinely good, trustworthy, and history-making business leaders aren’t appreciated enough for their hard and honest work. When The Stevie Awards began in 2002, the New York Post described it as a way to “distinguish the good guys from the scoundrels”, and it has remained well-respected ever since.

Originally known as The American Business Awards, The Stevie Awards were created by Michael P. Gallagher as a way to boost public and business trust in the companies nominated. Press all over the US has hailed the Stevies as a chance for C-level executives to clean up their image, and they have even been called ‘the Oscars of the business world’.

As such, it is considered an enormous honor to win, and those believing themselves to be worthy pay at least $505 in entry fees. Respected business figures do the judging, evaluating nominees, separating them into categories, and eventually awarding the 24-karat gold 16 inch tall statuette, which depicts a humanoid figure holding a pyramid representing Maslow’s hierarchy of needs.

The main categories are as follows:

Altogether, The Stevie Awards receive 10,000 entries a year across over 60 nations. For the American Business Awards, over 3,400 entries were submitted, with 250 American executives judging. Entrants are separated into five levels of distinction (Bronze, Silver, gold, Grand, and People’s Choice), and companies are able to submit from any aspect of their business, no matter how low or high.

Leslie Stretch, President and CEO of CallidusCloud, said: “These prestigious awards are great recognition of the incredible momentum in our business and the tireless efforts of the team at CallidusCloud, who help our customers make more money, faster, using our industry-leading service.”

Another particular jewel in the Stevie crown is The Stevie Awards for Women in Business, which acts as a much-needed spotlight on female executives and entrepreneurs. The Grand Stevie winners in this category were PAIRELATIONS LLC, Accenture, WDS Marketing & Public Relations, Jeunesse Global, and Linqia. As previously reported by Business Review USA, President and CEO of ERA Real Estate Sue Yannaccone was named Bronze winner in the coveted Female Executive of the Year (More Than 2,500 Employees) category, and recognized the enormity of the honor:

"I couldn't be more thrilled to be recognized by The Stevie Awards for Women in Business. Since joining ERA Real Estate last year, I have been deeply impressed with the energy and momentum of this uniquely collaborative brand as we chart a course for continued growth and work together to move real estate in a whole new direction."

Yannaccone wowed judges and beat 1,500 other entrants for the category by being promoted from COO to CEO and President within a year of working at ERA Real Estate. Similarly, Sabrina Rosati, Executive Vice President and Managing Director for Italy at Tagetik, led the company’s international business development strategy and also won a bronze award in Female Executive of the Year in Business Products (11 to 2,500 Employees).

“Emanuela (Cecchetti, Director of Digital Marketing and Technology) and I are honored by these awards,” she said. “Our talented and dedicated team members have been instrumental in helping us achieve ambitious goals and significantly increase awareness and market share for Tagetik. We view our Tagetik co-workers as family, and we all share in these accomplishments.”

Michael Gallagher added: “The competition has grown each year because there are so many high-achieving women all over the world, who serve as an inspiration to those who would like to start, grow, or lead a business.”

The benefits of becoming involved in the Stevie Awards are potentially endless; there is no better way of inspiring faith in your company than receiving an accolade from such a widely-respected source. As the Stevie Awards website states:

‘The employee relations benefits can be significant. When you submit entries, you’re telling your employees that you recognize and appreciate their accomplishments and believe that their achievements are worthy of national recognition.’