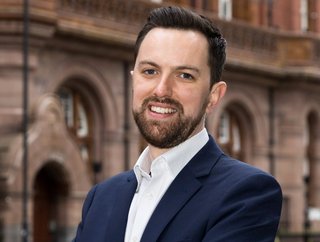 With such a large majority of private sector companies operating within family structures, it’s understandable that emotional ties make the prospect of finding a successor a difficult one. However, besides this connection to the business, a variety of factors can play a role in ineffective succession planning.

Sometimes, it’s simply overlooked amid seemingly more pressing daily responsibilities. Between managing the needs of clients, customers and employees, each day brings new priorities that require immediate attention. As this continues throughout the years, the day of succession quietly approaches with owners suddenly realising that they’re yet to determine their successor. Other times, owners may have mentally appointed a replacement without consulting the intended individual – a decision that often results in selecting the wrong candidate when this successor doesn’t materialise.

Whichever the circumstance, failing to create a thorough succession plan is a problem across a large proportion of family-owned businesses. In fact, fewer than one in four private company boards have a formal succession plan in place.

The consequences of underpreparing for succession

Acting on the immediate priorities of the business may appear to be the most logical way to protect business health, but in practice, it’s essential to consider the business’s long-term as well as short-term success.

Despite its importance, only 54% of companies are choosing to actively develop CEO successors. In the absence of preparation, the current leader risks handing the business over to a candidate with insufficient knowledge of how to continue its success.

As 85% of owners also fail to provide adequate disclosure about how the new lead was selected, this creates the potential for internal leadership debates. Particularly when employees aren’t given the chance to put themselves forward for the position or disagree with the replacement, a toxic atmosphere can often develop within the organisation.

Creates financial risk for the business

The need to urgently fill a position after selecting the wrong candidate is often a very expensive mistake. If the successor lacks the depth of knowledge, drive, education, or training required to make the business a success, the monetary risk of poor succession planning quickly becomes apparent.

Besides the financial risk of selecting the wrong appointment, poor succession planning also increases the difficulty of obtaining long-term financing if lenders perceive the company to have planned insufficiently. On the other hand, a strong succession plan will provide assurance to lenders that the company holds a strong foundation, and their money will be repaid irrespective of any leadership changes.

Appointing the wrong leader and experiencing financial constraints naturally encourages the company to fall behind competitors. However, last-minute decisions also take away the possibility of utilising external succession opportunities – a step that may not have been overlooked by competitors.

For example, mergers and acquisitions encourage innovation by creating a wider network and increasing scale, both of which can breathe new life into the business to create further growth in the future. Increasingly, M&A deals are being driven by emerging technology developments due to its potential to generate customer confidence. Crucially, this can help the legacy of the business to live on whilst providing the departed leader with confidence that the organisation is taking proactive steps to protect its future success.

The easiest way to ensure succession planning is successful is to start early. By preparing at least three to five years before departing, you’re demonstrating that the business is ready to be handed over to the relevant parties. Most importantly, planning doesn’t simply stop at selecting a new lead elective. The process involves gathering the correct legal documents, including a shareholders’ agreement, and ensuring that strong internal management and accounts systems are in place.

Make the replacement known to stakeholders

Sudden vacancy in a company’s leadership is enough to cause financial damage, especially when a valuable replacement hasn’t been explored. When the CEO of Hewlett Packard stepped down in 2010, shares took an 8.3% plunge immediately after the news was announced.

Even if your business is being sold externally, responsibility should never fall to the shareholders to rebuild your business. A key part of ensuring this doesn’t occur is to provide both stakeholders and employees with the opportunity to familiarise themselves with the replacement. If employees aren’t made aware of upcoming structure changes, or if they aren’t given a chance to put themselves forward for the position, they are more likely to lose motivation and confidence about their position within your business. If this happens, employees are inclined to take their valuable skills, experience, and knowledge elsewhere – a move that risks severely damaging your company’s success. Therefore, be sure to promote internally where possible and pass responsibility to key employees to achieve continuity and increase the likelihood of future success.

Selecting a replacement is simply one step to prepare for the future of your company. Succession planning is a complex process that will usually require significant legal and financial help to ensure you make the correct decisions and implement the best processes to create a smooth transition.

From management buyouts to employee ownership trusts and the sale of the business to a third party, there are also a range of exit routes to consider. Therefore, it is advised that you consult an experienced advisor to avoid becoming overwhelmed with the options available and make the best decision for your individual business.

Regardless of whether the replacement is internal or external, companies without a proper succession plan forgo an average of $1.8 billion in shareholder value compared with those that have prepared. Although the day of succession is an inevitable part of business ownership, the damage produced when owners fail to prioritise future plans is an outcome that can be avoided.

Every business owner wants to preserve the hard work they have poured into their business. Ultimately, preparing early and thinking about the future of the business beyond the present day is the easiest way to secure its future success.

Since 1996, Marktlink is active as an independent specialist in mergers & acquisitions for SMEs in the upper segment. With an international team of over 120 M&A specialists, Marktlink facilitates companies with transactions valuing between 5 and 250 million euros. With a broad network of offices in Europe and a large international network of buyers and sellers, Marktlink gets over 100 deals done each year.