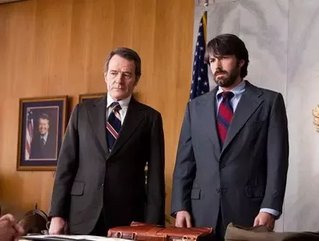 Every September, the Stars and Starlets of Hollywood descend upon the streets of Toronto to torture the locals with massive traffic jams, longer lines, and limited parking.  But aggravation isn’t all they bring; hundreds of thousands of tourist dollars don’t exactly hurt Canada’s largest city.  The 37th annual Toronto International Film Festival is expected to bring in 400,000 extra warm bodies for eleven days starting on September 6th, 2012.

So what’s another 42 people in front of you at Starbucks every morning when you have the chance to watch aliens rubbing elbows and schmoozing with each other?  Okay they’re not all aliens, just Tom Cruise, but you’re sure to be entertained by the world premieres, Hollywood pageantry, and just sitting back and watching the industry elite make their rounds.

The Toronto International Film Festival is now one of the most esteemed and engaging film festivals worldwide, second only to Cannes in terms of prestige – according to the festival organizers at Cannes.  Screening more than 300 films from more than 60 countries every year, complete with red carpet glamour; Hollywood allure, the best in international cinema, and the warmth of Canadian hospitality (can’t claim that one, now can you, France?), the TIFF has earned a reputation for excellence.

The TIFF is a charitable cultural organization whose mission is ‘to transform the way people see the world through film’ – which means that if you think a movie totally sucks, they want you to think it doesn’t so you’ll come back again next year.  And who can blame them with over $170 million CAD tourist dollars at risk?  There are quite a few things I would try to transform if $170 million CAD were involved.  Like my writing skills, for instance.

In recent years the TIFF has begun to give more attention to mainstream Hollywood films and many of the film studios are using the venue to begin their Oscar campaigns.  Though focus remains on independent cinema, the Festival has grown to become a critical element of Hollywood's marketing machine.  Let’s just hope that Hollyweird’s influence doesn’t extend much further into Toronto.

This year’s films include:

Ben Affleck stars in “Argo,” a film surrounding the events of “The Canadian Caper” in which highlights six Americans’ 1979 escape from Tehran after militants storm the US Embassy . Hiding at the Canadian Ambassador’s house and believing that at any moment they will be caught, a CIA “exfiltration” specialist creates an incredible plan to get them out of Iran, in a way that “could only happen in the movies.” Other notable names include Bryan Cranston, John Goodman and Kyle Chandler.

A film highlighting the weekend President Franklin Delano Roosevelt (Bill Murray) and his wife Eleanor (Olivia Williams) hosted the King and Queen of England in their Roosevelt home at Hyde Park on Hudson in upstate New York. This was the first ever visit of a reigning English Monarch, set as Britain was facing imminent war with Germany, in which the Royals were desperate for FDR’s support. The weekend becomes unforgettable as international affairs are discussed throughout interruptions from the complexities of FDR’s domestic establishment with wife, mother and mistresses descendance on the house. Other notable names include Samuel West, Olivia Colman and Laura Linney.

Introduced at Comic-Con 2012, “Looper,” the futuristic action thriller, depicts a world in which time travel has been invented, but is made illegal and thus only available on the black market. The mob still thrives and utilizes time travel to get rid of complications, thus the need for a “looper” who travels years into the past as a hired gun. Joseph Gordon Levitt stars as Joe, a regular looper who lives well at what he does, until the mob decides to “close the loop” by sending back Joe’s future self (Bruce Willis) to assassinate his past. Other notable names include Emily Blunt, Paul Dano and Jeff Daniels.