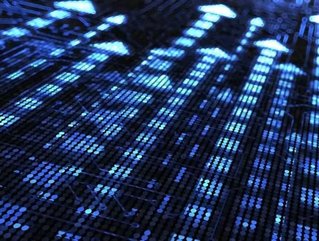 There is a great deal of activity in the Canadian civil construction market and Bronte has been right at the forefront. Specialising in public infrastructure, residential construction, transportation infrastructure and municipal building, Bronte currently employs over 100 people in and around its headquarters of Ontario. The company has consistently grown its year over year revenue by approximately $3mn (around 1,100%) for the past five years, and with Canadian home building on the rise, the company expects to do even more business moving forward.

This Quebec tech company has dedicated itself to helping non-technical people solve their security problems, and it has profited quite handsomely from its successes. The company has enjoyed an average of 1,294% growth in revenues over the past five years and currently stands in a revenue range of $7mn to 15mn and employs just 25 people. FixMeStick has also expanded internationally, with 81% of its sales coming from outside Canada.

Canada Drives is an innovative automobile financing company that gives people without great credit a chance to own a car. More than that, the company allows people to perform the logistics from the comfort of their homes. With 300 employees and a Vancouver homebase, Canada Drive has enjoyed revenues of $39mn and an approximate year-on-year increase in revenue of 1,370%. The company also enjoys a reputation as one of the best emerging companies to work for in Canada, with forward thinking, merit-based policies that allow employees to bring ideas from the outside.

This financial services company proves there is room in the Canadian market for more than one winner. Eden Park performs the same basic financial services as Canada Drives, but it does so from a headquarters in Toronto. It also differentiates its client base by focusing specifically on the high-end automobile market. The company has enjoyed an approximate year-on-year revenue increase of 1,396% over the past five years. With the median income in Canada rising and the middle class expanding in urban areas, Eden Park is definitely a company to watch for in the future.

Hailing from Vancouver, British Columbia, comes Milo Enterprises, a family business that has made good and expanded into an international leader in consumer products. The company now serves as the parent of many recognisable brands, including Spade Kitchenware, Acel Products and Jolt Pests, among many others. They have enjoyed a year-on-year revenue growth percentage of 1,445% and employs 26 people as of 2015. True to its international reputation, most of its sales come from outside Canada as well, with 90% of the company's total business in the export column.

The first media and marketing entry on the fastest growing Canadian companies list is SendtoNews. The company helps to monetise exclusive sports content across the entire continent of North America. Much of the content it monetises is distributed by the company as well. SendtoNews now hosts over 100mn clips of sports every month, doing business on four continents with 75 sports organisations. Aside from being the number one sports provider in Canada, it is also number two in the United States. SendtoNews is headquartered in Victoria, British Columbia, and has enjoyed year-on-year revenue increases of approximately 1,452%. The company employs 33 people.

From Montreal comes the aptly named IOU Financial, a company that specialises in lending to small businesses. The entrepreneurial spirit has spiked along with home building in Canada over the past few years, and CEO Philippe Marleau was in the perfect position to take advantage. The company now employs 77 people, does 100% of its business in foreign markets, and has enjoyed approximate year-on-year revenue increases of 1,720% in recent years. The company is one to watch, as its proprietary technology has the ability to automate the processing of literally hundreds of a company's data points in seconds.

With approximate year-on-year revenue growth percentages of 2,596%, Maropost has been an incredibly good investment for those lucky enough to participate since its inception. The marketing company now works with some of the most well-known brands in the world, including News Corp., Mercedes Benz and Success. Its main goals is the modernisation of sales and marketing through scaled outreach to targeted digital audiences. It is now competing with market leaders Oracle and Salesforce for even more business. With plenty of revenue to play with, the company has the ability to be a major player in international marketing in the coming years.

The Canadian software industry will never be the same after Buyatab Online. The company provides the most advanced infrastructure for business gift cards. Although the niche is rather esoteric, the business is definitely there. Buyatab Online has enjoyed an average year-on-year revenue growth of 3,732%. The company brings in total revenues of around $40mn every year and employs at least 27 people. Buyatab is constantly adding to their merchant base, and with Canadian small business at an all-time high, the opportunity for this company is massive in the next few years.

The single most dynamic business in Canada is a construction company known as the Gillam Group. The Gillam Group tops the list of year-on-year revenue increase percentage average with a staggering 5,851%. The company hails from Toronto and bills itself as a ‘progressive’ construction company. The operations focus on streamlining delivery and planning on projects. Gillam focuses on small and medium sized projects with a cap of around $80mn. John Gillam, the company’s founder and head man, is on record as one of the most innovative minds in the Canadian business industry. His fearlessness has led his company to number one, and there is still plenty of room to grow.