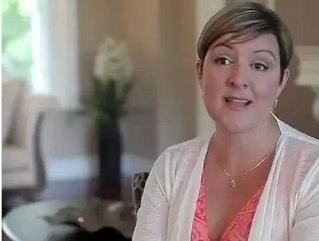 Canada is second only to the US in entrepreneurial activity, and women in this sector are on the rise. Here are the top ten female Canadian entrepreneurs according to the PROFITguide.com W100 2016 list.

As co-CEO, Stephens has seen Nature’s Path grow into North America’s largest organic breakfast food company with a revenue in 2015 of $250 million-$500 million USD. The company began in 1985 selling manna bread, and has since appeared on many official lists of both the best and greenest Canadian employers.

Stiris Research offers biotech and pharmaceutical companies the clinical trial solutions required to further medical knowledge, and Feltham is the President and CEO. Last year the company’s revenue was between $5 million and $10 million, and boasts strong ethical values which ensure the finest possible team is employed and retained.

Bennett began her company in 1997 in a quest for a greater balance between her home life and her work. The company quickly became a popular choice for customers, and a strong player in the interior design industry. Bennett enjoyed a revenue of $5 million-$10 million last year, and the business continues to grow apace.

Beginning in 1987, Araneda took over the family mining business in 2008 and has expanded the business exponentially since, growing the team and introducing a business development manager with expert knowledge of geology. Revenue for 2015 was between $10 and $20 million.

Mielke’s young jewellery company was formed in 2007, and once she expanded her team with two full-time customer service staff, online sales increased by 205 percent. Last year Hillberg & Berk enjoyed a revenue of $5-$10 million, and to date has donated over $500,000 to women’s charities in the pursuit of female empowerment.

The multi-award winning Rockwood Custom Homes threw caution to the wind in the face of a resource downturn, as Grafton and her business partner chose instead to throw themselves into ambitious construction projects regardless. This positive attitude paid off, as the company enjoyed a revenue of $20-$50 million in 2015.

Himel’s company provides strategic consulting and marketing communications services to some huge international businesses, ensuring 2015 revenues of $5-$10 million. Himel is a big believer in entrepreneurial spirit, and that watching and learning market trends will lessen any potential business risk when starting out.

Pearson and her team buck the often short-lived PR and social media agency trend by negotiating budgets with clients on a case-by-case basis, setting the tone for a highly customizable service. This has ensured a tiny five percent customer turnover, and revenue last year of $5-$10 million.

Global Relay is a technology services company, which was merely a newborn start-up when Rogers left her lucrative career in law to lead the business as President. The international company now boasts a hugely impressive client base – including 22 of the world’s top 25 banks – and 2015 revenue of $50-$100 million.

Johshan launched her unique tea business in 2006, starting off by hosting 15 tea parties a month. Now – and particularly since securing a partnership with investors from Dragons’ Den – Johshan offers premium loose leaf tea and accessories that are only available through in-home ParTEAs hosted by independent consultants and online. Steeped Tea enjoyed revenues of $10-$20 million last year.