Top 10 Most Influential Women of the Past Century 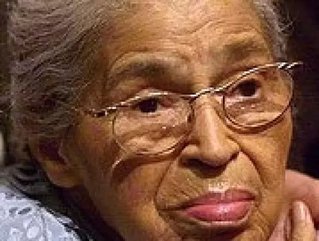 Powerful women are a staple in the business world today, while the idea of a weak, feeble and powerless gender is nothing more than a caricature of ignorance past. There truly is nothing a woman can’t do, from running a Fortune 500 company to discovering life-saving medication, proving time-and-time again that not only can there be a place for females at the boardroom table, there should be.

But it wasn’t always that way; just winning the right to vote was a battle and that was barely a century ago. Thankfully, powerful, intelligent and resilient women forged paths and opened doors for today’s female executive, fighting those battles in the name of equality. The names are countless and the contributions endless, yet we somehow managed to choose 10: 10 forward-thinking, conventional-wisdom-challenging women whose accomplishments continue to inspire us today.

“I only want people around me who can do the impossible.”

She may have been from Canada, but she found success in America. Launching her first spa on New York’s famed Fifth Avenue in 1910, Elizabeth Arden catapulted to success in the beauty industry, becoming one of the first global brands in 1922.

Wearing make-up may have been rare, and women-owned businesses nearly non-existent, Arden achieved worldwide success: By the time of her death in 1966, more than 100 stores had been launched around the globe, and despite being sold in 1971 for $38 million, continues to thrive as a brand today—annual revenues cross the $1 billion mark.

“But man is a part of nature, and his war against nature is inevitably a war against himself.”

Environmentalists owe a debt of gratitude to Rachel Carson, as it is said that without her, the green movement may not exist today.

In her game-changing novel “Silent Spring,” Carson revealed the life-altering effects of pesticides on birds and the environment as a whole, shedding light on a silent killer that many were quick to overlook. This book, in addition to many articles, novels and other works of non-fiction, helped to catapult the creation of the Environmental Protection Agency.

“Character cannot be developed in ease and quiet. Only through experience of trial and suffering can the soul be strengthened, ambition inspired, and success achieved.”

Born with all five senses in-tact, Helen Keller began talking at just 6 months of age and was walking by her 1st birthday. By 1882, at 18 months, Keller had contracted a “brain fever” as it was referred to at the time (most likely scarlet fever or meningitis, according to experts today) and as a result, lost her ability to see, hear or speak.

“The most difficult thing is the decision to act, the rest is merely tenacity.”

An advocate the development of commercial aviation and a champion for female participation, Earhart was a charter member of the Ninety-Nines, an international organization providing professional opportunities to women in aviation. Founded in 1923, each of the 117 licensed female pilots invited to join, and the group is named for the 99 of them who accepted. She was also a member of the National Women’s Party and an early supporter of the Equal Rights Amendment.

Earhart made history in 1932 when she became the first woman pilot to fly over the Atlantic Ocean solo, further supporting her mission for female aviation and solidifying her legacy in American history. In June 1937, Earhart set out to be the first person to ever fly around the world. After departing from Miami, her plane disappeared over the Pacific Ocean.

“I believe that in art and science are the glories of the human mind. I see no conflict between them.”

Originally from Prague, Gerty Cori and her husband, Carl, permanently moved to the United States in 1922 after graduating from medical school.  Despite the lack of educational opportunities for women in general – and especially for women interested in the field of science – Gerty excelled as a biochemist alongside Carl, who insisted on continuing their collaboration despite being discouraged by his various employers throughout the years.

Gerty was published multiple times—both as a coauthor with Carl as well as on her own—but achieved her highest accomplishment in 1947 when she collaborated with her husband and Argentine physiologist Bernardo Houssay and discovered a mechanism to create lactic acid by breaking down glycogen in muscle tissue. The lactic acid is then resynthesized in the body and stored as a source of energy, a process now referred to as the Cori cycle. This discovered earned her the honor of becoming the first American woman—and third woman in the world—to receive a Nobel Prize in science.

“There is no royal flower-strewn path to success. And if there is, I have not found it for if I have accomplished anything in life it is because I have been willing to work hard.”

Recognized today as the first self-made African-American female to become a millionaire in the United States, Sarah Breedlove, better known as Madam C. J. Walker, was a pioneer in both the business world as well as within her community. Walker found success when she developed and marketed a line of beauty and hair products for black women under the company name Madame C. J. Walker Manufacturing Company. She created an empire with her revolutionary approach to the beauty industry, hiring agents across the country to sell her products at a national level.

But Walker was much more than a successful entrepreneur: She was a role model. She also played a key role in the future success of other African-American women, training women to become “beauty culturists” while also providing a priceless education in the art of sales and business in general. She taught others lessons about the financing and logistics that go into starting a business, encouraging women to find independent successes. She gave lectures on political, economic and social issues and is even credited with hosting the first national meeting of American women regarding business and commerce.

“We gain strength, and courage, and confidence by each experience in which we really stop to look fear in the face… we must do that which we think we cannot.”

Once referred to as “the most popular living American” by Time magazine, former first lady Eleanor Roosevelt was key player in the establishment of equal rights for minorities and women as well as child welfare and housing reform.  During her husband’s time as President of the United States, Eleanor transformed the role of the first lady by being more present in the public eye independent of her husband. From radio broadcasts and a daily syndicated column to women-only press conferences to discuss women-focused issues, Eleanor shed light on topics from which many others shied away or simply ignored.

She also worked closely with her husband, lobbying for civil rights policies and helping to formulate New Deal social-welfare programs. She also advocated strongly for the creation of the United Nations and, after her husband’s death, continued her humanitarian efforts as a member of the U.N., maintaining a role as chair the Commission on Human Rights and helping to develop the Universal Declaration of Human Rights.

“[To the colonel who said the ‘young lady’ must leave the war front because there might be trouble:] I wouldn’t be here if there were no trouble. Trouble is news, and the gathering of news is my job.”

During World War II, it was not common to see women on the battlefield in any capacity, be it as soldier or reporter. But Marguerite Higgins Hall set to change that—at least for reporters.

With a B.A. in French from Berkley and a masters from Columbia University’s School of Journalism, Higgins has her sights set on being a war correspondent and convinced the higher-ups at the New York Herald Tribune to send her to Europe after a mere two years of employment. She was stationed in London then Paris, eventually landing in Germany in 1945 where she witnessed the liberation of the Dachau concentration camp one month later. She received a U.S. Army campaign ribbon for her assistance during the surrender by its S.S. guards.

Shortly after being named chief of the Tribune’​s Tokyo bureau, war broke out in Korea—and Higgins wasn’t far behind.  General Walton Walker argued that women did not belong at the front and ordered her out of the country. But Higgins did not budge, instead appealing to Walker's superior officer, the result of which was a telegram stating: Ban on women correspondents in Korea has been lifted. Marguerite Higgins is held in highest professional esteem by everyone.

As a result of her work in Korea, Higgins shared with five male war correspondents the 1951 Pulitzer Prize for International Reporting. In 2010, South Korea posthumously awarded Higgins with the Order of Diplomatic Service Merit, one of its highest honors, for her bravery in publicizing South Korea’s struggle for survival in the early 1950s.

“The door might not be opened to a woman again for a long, long time, and I had a kind of duty to other women to walk in and sit down on the chair that was offered, and so establish the right of others long hence and far distant in geography to sit in the high seats.”

Frances Perkins was the first Commissioner of the New York State Department of Labor and the first female to serve in the U.S. presidential cabinet as the Secretary of Labor. She also served her country in the latter position longer than any other person in history. During her time as Commissioner, Perkins helped New York standout as a leader in the movement for progressive reform.

As a close confidant of President Franklin D. Roosevelt, Perkins was instrumental in the development of the New Deal coalition, championing for aspects including the Civilian Conservation Corps, the Public Works Administration and its successor the Federal Works Agency and the labor portion of the National Industrial Recovery Act.

Perkins is credited for her work to establish fair labor laws through the Fair Labor Standards Act, which established the first minimum wage and overtime laws for American workers—and the standard 40-hour work week—as well as unemployment benefits, pensions and welfare. She also focused on ending child labor and ensuring safety for all workers, working closely with labor unions to help alleviate strikes and promote fair treatment.

“Each person must live their life as a model for others.”

This person—and the reason for her ranking as most influential on our list of woman in the past century—should be relatively obvious to anyone with a knowledge of American history. Certainly not the only African-American to stand-up to the atrocities of the inequality horrendous treatment endured by an entire race, Rosa Parks’ actions on a bus in Montgomery, Alabama, is considered by some to have been the final straw to break the back of injustice.

Later referred to as “the first lady of civil rights” and “the mother of the freedom movement” by U.S. Congress, Parks made history on December 1, 1955, when she refused to give up her bus seat to a white passenger, as was the law at that time. This defiant decision caused her to be arrested and fined for violating a city ordinance—and kicked-off an entire movement for civil rights that would ultimately lead to the end of legal segregation in America.