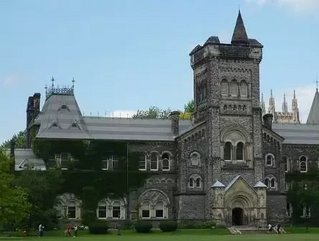 Canada’s top executives obviously have the knowledge to back their position. To get to the top most  chose to further their education by acquiring an MBA. So where did Canada’s top executives attend? Which schools have famous executives amongst their alumni? This month, Business Review Canada has analyzed which MBA programs produce the best executives that rank at the top of the Canadian business world.

Ranking at number one on Business Review Canada’s Top Ten Canadian Business Schools, Queens School of Business is widely recognized as one of the top educators. The school’s Executive MBA program lasts for 16 months and admission is highly competitive as it depends on applicants’ management experience, references, previous academic experience, QMAT/GMAT scores and a personal interview. Even more, applicants are required to  have a minimum of 13 years’ working experience. Most students that participate in this program are at an average of 35 years and range up to 50 years old. Prominent alumni of Queens School of Business are well-known, including Don Carty—Chairman of Porter Airlines and Virgin America, Gordon Nixon—President and CEO of the Royal Bank of Canada, Kimbal Musk—Co-owner of Tesla Motors, Chris Viehbacher--CEO of Sanofi-Aventis and Melvin Goodes—Former Chairman and CEO of Warner Lambert.

As you can see, these institutions provide phenomenal educations to their students. With some of Canada’s top executives named as alumni, it’s clear these three universities are some of the best in the nation. With Canada’s top corporations like Porter Airlines, Research in Motion, Fairmont Hotels, Tesla Motors, CIBC World Markets, and Bell Canada employing graduates, it’s hard not to recognize the prestige of these Executive MBAs.