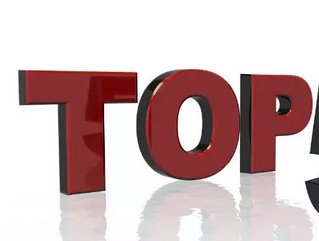 The Great White North has its fair share of successful industries that continue to prosper year after year even in the worst economic climates. Although the Canadian market isn’t as large or diverse as some of the other markets in the world, it’s every bit as stable if not more so.

With that in mind, here’s a list of the top five industries prospering in Canada.

When it comes to wheat and grains, Canada has it covered.

In fact, Canada is one of the largest suppliers of agricultural products in the world. Due to its strategic location Canada exports most of its crops to its big brother of the south, America.

As part of the World Trade Organization (WTO), Canada practices fair-trading by ensuring whatever it puts on the market agriculturally doesn’t influence the price of crops in other countries. Canada’s agricultural sector is steadily growing every year and accounts for 8% of the country’s Gross Domestic Product.

Due to its abundance of oil and natural gas, Canada has quickly become a world leader in energy resources.

Canada not only has the third largest oil reserve in the world, it’s also a world leader in hydroelectric power with Quebec, Ontario, and Saskatchewan all using vast amounts of hydroelectric energy.

Because of the abundant energy resources available, Canada’s oil exporting and other energy related products make up for 2.9% of the country’s GDP. Additionally, Canada has adopted solar and wind energy production as the next major industry in the energy sector ensuring continued prosperity.

Although it’s for the most part undervalued, Canada’s technology industry is one of the strongest in the world. And, thanks to the Canadian Startup Visa, which is a government Visa aimed at bringing in new tech companies from all over the world, Canada will continue to change the world’s technology landscape.

The government Visa will undoubtedly bring the brightest minds to Maple Leaf Country and give places like Silicon Valley and India a run for their technology. Canada’s technology industry is currently prospering the most in areas such as digital media, wireless infrastructure, Ecommerce, and general Internet services.

Accounting for a whopping 80% of Canada’s GDP and employing almost three quarters of the entire country is Canada’s service sector. And, within the sector itself, industries like retail, business, education, and health make up the largest portions.

Although the strength of the Canadian dollar has hurt tourism numbers, Canada still has a strong tourism industry with most of it’s international travelers hailing from the United States. In fact, Canada’s retail sector, which directly relates to tourism, accounts for 12% of the GDP and that percentage is steadily growing.

Although the global financial crisis took its toll on Canada from 2008 to 2010, the country’s manufacturing industries are on the rebound and make up for 14% of Canada’s GDP.  And, like never before, Canada’s automotive branch plants are back in full swing.

American and Japanese auto industries are attracted to Canada’s highly educated workforce and low labor costs making it a go-to destination for automobile manufacturing. Automotive parts production is one of fastest growing manufacturing sectors in the country.

It’s hard to ignore the fact that Canada’s industries are booming.

With the abundant natural resources, government incentives, and stellar workforce, it’ll continue to prosper for years to come.

About the Author: Adam Groff is a freelance writer and creator of content. He writes on a variety of topics including world markets, billfloat, and advancements in technology.