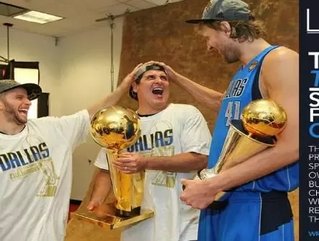 Baltimore Ravens owner Stephen Bisciotti knows a thing or two about cultivating self-made fortune. Although his early jobs included mowing lawns, babysitting and pumping gas, he is now the majority owner of staffing firm Allegis Group and the NFL’s Ravens—a team that’s sold out every game since 1996.

It took 36 years for the Bruins to win the Stanley Cup under his watch and his spending habits have been lean, so Jacobs hasn’t always been Boston’s favorite team owner. In recent years, Jacobs has invested in his team heavily and his efforts have been paying off.

The team’s 2008-2009 rankings and 2011 Stanley Cup victory look like the start of a beautiful turnaround.

When Samueli purchased the NHL’s then-named Mighty Ducks from Disney for $75 million, he also snagged what’s now known as the Honda Center. The Anaheim Ducks are now worth about $188 million and Samueli has leveraged his smarts and fortune to become a prominent philanthropist. Not bad for a guy who used to stock shelves in his family’s liquor store.

Quicken Loans chairman and founder Dan Gilbert is a hands-on franchise chief. When he purchased the NBA’s Cavaliers in 2005, he completely overhauled the front office, coaching staff, game presentation and player personnel. And when LeBron left the Cavs in 2010, Gilbert didn’t hold back his criticism in a controversial open letter posted on the team’s website.

Lurie made a name for himself as a Hollywood producer and president and CEO of Chestnut Hill Productions, but he really started flexing his executive muscles when he bought the NFL’s Philadelphia Eagles for $195 million. Forbes estimated that the Eagles are now worth over $1.164 billion. Lurie continues to produce films; he has two documentaries slated for release in 2012 and his “Inside Job” doc snagged the 2011 Academy Award.

Ilitch’s association with the MLB’s Tigers began shortly after high school, with a three-year minor league playing career. A knee injury forced him out, and he decided to start up Little Caesars Pizza. In 1982, Ilitch and his wife Marian bought and revived the “Dead Wings” and they scooped up the Tigers ten years later.

Henry founded hedge fund J.W. Henry & Company and then went on to wheel and deal at not just one, but two professional sports teams. His Fenway Sports Group bought the Liverpool F.C. soccer team eight years after he bought the MLB’s Red Sox and broke the “Curse of the Bambino” with two World Series wins.

Kraft has been a Patriots season ticket holder since 1971 and his admiration of the team led him to a then NFL-record $175 million purchase of the then struggling team in 1994. The Patriots are now worth about $1.4 billion and in his 17 years of ownership, the team has made the playoffs 12 times and every single home game has sold out.

Cuban has been described as a “serial entrepreneur” because of his varied and frequent investments since starting software reseller MicroSolutions. He’s now the owner of the NBA’s Mavericks, Magnolia Pictures, Landmark Theatres and chairman of HDNet. Cuban has become one of sports’ most high profile owners because of his frequent outbursts directed at the NBA and his subsequent fines (amounting to at least $1,665,000).

Kroenke’s the head and owner of Kroenke Sports Enterprises—a pro sports juggernaut that owns teams in the NBA, NFL, NHL, NLL, MLS and FIFA as well as Dick’s Sporting Goods Park and Pepsi Center, home of the Nuggets and Avalanche. He’s earned the nickname “Silent Stan” because of his reluctance to give press interviews and he typically steers clear of his teams’ day-to-day operations, but Kroenke’s name and reputation have produced a deafening ring in the world of sports. His propensity to align himself with powerful organizations extends to his personal life as well—he’s married to Ann Walton Kroenke, daughter of Wal-Mart cofounder Bud Walton.