Is Trump ready to embark on a trade war? 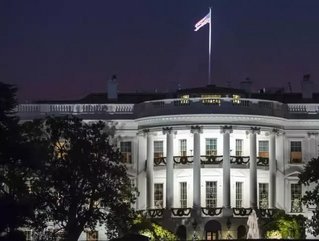 Recently, the US administration decided in favour of the introduction of trade barriers on the imports of washing machines and solar products. This move was based on a World Trade Organisation rule that allows countries to re-introduce trade barriers in those cases where evidence clearly suggests that “a domestic industry is injured or threatened with injury caused by a surge in imports”.

It is the first move that will be, possibly, followed by the introduction of trade barriers to other industries such as steel and aluminium. The introduction of these tariff barriers was heavily criticised by China and South Korea the two most important exporters of washing machines and solar products to the US.

Although they have both claimed that they will seek to resolve this issue through the mechanisms offered by WTO it is still not certain that they might not decide to take other actions in imposing trade barriers themselves to products, but primarily services, originating from the US. This could possibly lead to a domino effect with bilateral attempts to retaliate.

This is not the first time a Republican president introduces trade barriers. George Bush in the early 2000s introduced tariffs on the imports of steel. The matter was raised from other countries to WTO and the ruling of the international organisation led to the immediate withdrawal of the measures.

It is highly likely that this is going to be the outcome in the washing machines and solar products case. Donald Trump will have gained brownie points internally by fulfilling his promise to put “America First” but at the same time will put the blame on WTO and its rulings for not being able to maintain the trade restrictions.

But what if this case does not go smoothly and we end up in a trade war? The main losers will be consumers in the US that will have access to a smaller range of products (especially in the case of washing machines) and potentially higher prices. Whirlpool has already announced an additional investment creating 200 new jobs but these will come at a significant cost to the average American consumer.

It is worth examining whether the US administration has performed a cost-benefit analysis of the additional cost for the average consumer against the benefit of protecting the white goods industry and the additional jobs created. In the solar products case things become even more complicated as quite a wide range of these products are not final products sold to consumers but intermediate ones that eventually go as inputs in the production of American firms that either sell in the US or re-export the final goods abroad. These companies will face a steep rise to their costs and will lose in the short term any price/cost related competitive advantage.

You might end up with the opposite of the desirable effect, i.e. losing instead of creating jobs. The US administration makes the over-simplistic assumption that production in the US of solar products can increase overnight at a cost and quality that is competitive to the currently imported goods. This is an assumption that is far from true.

In conclusion, the Trump move, although politically positive for his own profile, could have not only geopolitical implications but also implications for US businesses and consumers. Nowhere in the rhetoric justifying the introduction of tariffs have we seen a solid economic impact analysis or a cost-benefit analysis and therefore both the political and economic outcomes are ambiguous.