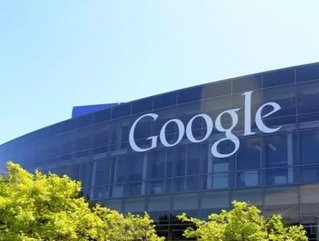 Among the 400 engineers and 800 Google employees throughout the world, many are recruited from University of Waterloo, Toronto and Montreal. Steven Woods, engineering director at Google Canada earned his master’s and PhD at the University of Waterloo and states the three colleges have become real centers for machine intelligence. The offices in the U.S. have also become accustomed to hiring engineers from Canada to solve fundamental problems of artificial intelligence.

Currently, University of Waterloo has one of North America’s leading computer science programs, which acts as a natural recruitment site for high-technological companies like Google.

“[There] is an amazing amount of technical talent in Canada, and University of Waterloo is the center of that [excitement],” Dr. Woods states.

Google has progressed its headquarters from a dorm room and a garage to Mountain View, California when they built Googleplex in 2004. Today. Google has built more than 70 offices in more than 40 countries around the globe.

Though each office is unique, the offices do have similar design elements. For example, almost every Google office has murals and decorations to express and support local personalities and mentalities. The freedom atmosphere is a large benefit to working for the large corporation and what draws new graduates to fulfill their career goals at Google.

University of Waterloo, among many universities in Canada, is one of the top recruiting places for Google. Dr. Woods states, “In my opinion we have the best work environment, the best salary, the best benefits and the best projects. We have a lot of pluses in our favor so we do pretty well on recruiting. Can we find all the people we want in the time we want? Probably not. There are some skill sets in the area that are harder to find than others. The University of Waterloo is obviously a very strong attractor of top engineering and computer science students from the world over so we do well as a result of that. That's one of the reasons we're here [and] this has been a very productive place for hiring for us.”

In the past, Google has recruited University of Waterloo, graduates to their Silicon Valley office for several years. The recruitment increases the competition for skilled employees for Google. As one of the world’s most popular search engine for wireless devices and computers, the excitement to work for such a highly established company after college is appetizing to recent graduates.