The Walt Disney Company - A Leader In Corporate Social Responsibility 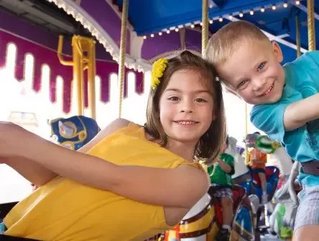 The June Edition of The Business Review USA is now live!

The Walt Disney Company is one of the largest and most well-known corporations practicing Corporate Social Responsibility (CSR) all the way down the line in their business model. As the largest media and entertainment conglomerate in the world, and aside from its constant “Imagineering”, Disney has a tremendous responsibility to give back to those who have helped it become the powerhouse that it is today.

In 2009, Disney was named a leader in Corporate Social Responsibility according to the Boston College Center for Corporate Citizenship and Reputation Institute. The Walt Disney Company mainly focuses on the environment, community, and labor standards while focusing heavily on volunteerism. The Company continues to give to charity, with an increased focus on natural disasters such as the earthquakes in Haiti in 2010. Jane Goodall Global Leadership Awards were presented on September 24, 2011 and the winner for Corporate Social Responsibility was The Walt Disney Company. This award honors a corporation or business that has taken significant steps to better our world through responsible business practices.

Volunteerism is a major focus for Disney, offering free tickets to a million people in exchange for a day of volunteer service from an organization of their choice. This encouraged over one million people in the United States to commit to service efforts to volunteer in their communities.

The environment continues to be at the forefront of what Disney strives to protect. Their goal is to benefit their guests, employees and businesses, while making the Company a desirable place to work through their consumer social responsibility efforts.
According to their website they strive to, “reinforce the attractiveness of our brands and products and strengthen our bonds with consumers and neighbors in the communities the world over.”

Disney has focused on the environment from the beginning as is a reoccurring theme in business practices. Through motion pictures and television programming geared toward the environment, Disney encourages environmental education. Disneynature films, part of Walt Disney Motion Picture Studios, share compelling stories and immerse audiences in the natural world. Part of the proceeds from three Disneynature films to date – Earth, Oceans, and African Cats – have planted three million trees in Brazil’s threatened Atlantic Forest, protected 40,000 acres of coral reef in the Bahamas, and conserved 50,000 acres of savanna wildlife corridors in Africa.

The Disney’s Animals, Science and Environment team connects Walt Disney Parks and Resorts guests and cast members with animals, plants and nature and inspires them to positively impact the environment. Team members are responsible for animal care and health, science, and education programs at Disney’s Animal Kingdom, Disney’s Animal Kingdom Lodge, The Seas with Nemo & Friends and The Tri-Circle D Ranch at Walt Disney World Resort; Disney Cruise Line’s private island in The Bahamas Castaway Cay; and Aulani, a Disney Resort & Spa, in Ko Olina, Hawaii. The Animal Programs team participates in cooperative breeding programs with other zoological facilities at the other theme parks, and offers tours and education programs. Through these activities, they create magical memories for their guests, while also making a difference for conservation around the world.

Through community outreach and collaboration, the Walt Disney Company continues its effort with Corporate Social Responsibility.

According to the website, “In addition to charitable giving, Disney supports local economies by contributing significant tax revenue and by consuming local goods and services. As an employer, we hire, train and support a workforce and its families. Our employees are active citizens, who show their care for the communities in which they live and work through civic engagement, volunteerism and tax contributions. The Company encourages their good deeds through its Disney VoluntEARS program.”

Disney maintains the highest ethical standards from theme parks to their consumer products and takes their corporate social responsibility seriously and with a great amount of pride.