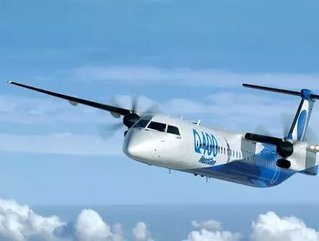 "We are delighted to welcome our friends from Bombardier to our campus today as well as representatives from the more than 30 airports across Canada hoping to have WestJet service in their communities in the future," said Gregg Saretsky, WestJet President and CEO. "Our launch plans are progressing nicely and we look forward to expanding to new communities when we launch in the second half of 2013."

The order was placed by WestJet in their efforts to launch a regional airline, estimated to occur in the second half of 2013. WestJet announced the opportunity of a regional airline in January 2012 and found via company poll that 91 per cent of WestJet employees supported the idea.

"This is an exciting time for Bombardier and WestJetters alike. We're equally keen to see how WestJet will adopt the Q400 NextGen aircraft into its unique operations and it's a thrill to see the enthusiasm as the airline solicits feedback from the country's regional airports and its guests," said Mike Arcamone, President, Bombardier Commercial Aircraft. "The Q400 NextGen aircraft's superior economics, outstanding fuel economy and excellent passenger comfort give WestJet the flexibility to service a diverse number of routes and airports. We look forward to the waiving of the order conditionality in the near future."