What does Bayer's Monsato takeover mean for the agricultural sector? 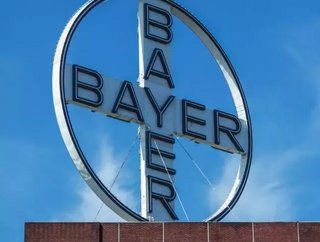 Bayer, the German chemicals giant, has confirmed it will take over American GM seeds business Monsato for a whopping $66 billion, creating the world’s largest ever seeds and pesticides company.

The deal has caused huge controversy. While genetically modified crops are commonplace in the US, they are not in Europe, and environmental activists worldwide have protested fiercely. Bayer claims that feeding the ever-increasing population will be a massive challenge if GM crops are not embraced.

John Colley of Warwick Business School is a Professor of Practice in the Strategy & International Business Group who researches long takeovers, and was also a former MD of a FTSE 100 company which was involved in a hostile takeover.

He said of the Bayer takeover:

"Bayer's acquisition of 'Frankenstein' crop producer Monsanto could be a horror story for both Bayer and its customers: the farmers.

"Apart from Monsanto's shareholders, who have hit the jackpot, this looks like a lose-lose bid. Bayer have been forced into paying too much and face major integration and competition authority risks.

"By the time the competition authorities have finished with their demands Bayer may regret setting a German record. The farmers will lose out as product ranges are rationalised and attempts are made to increase prices. Bayer may have won the bid now, but could regret the move at their leisure. Bayer CEO Werner Baumann may be cursing his luck. Bayer's shareholders may be cursing him.

"Bayer's hand was to some extent forced by recently agreed deals of ChemChina buying Swiss-based agrobusiness Syngenta for $44 billion cash rapidly followed by the all paper $130 billion merger of Dow Chemicals with Du Pont. Falling crop prices meant that demand and prices were declining for seeds and agricultural chemicals such as herbicides and pesticides. The industry is responding to adversity with a series of mergers which are expected to have three main benefits: cost reduction, less competition, and growth.

"Bayer was clearly concerned at being left behind and was running out of options for merger targets precipitating the move for Monsanto.

"German businesses are wary of major takeovers as research tells us that only around a quarter are successful, the vast bulk destroy value and around half are sold off again within 5 years.

"Clearly Bayer will realise cost savings from the acquisition, but they have had to pay an enormous price for Monsanto at a 45 percent premium to the previously undisturbed share price. In effect the bid premium is likely to represent rather more than any benefits extracted from the combination.

"On top of that integration will not be easy. In addition to the major culture clash between very different approaches to business, Monsanto is large and complex, which is a known contributory factor to a likely poor outcome.

"Reputational concerns also become an issue for Bayer with the GM foods campaign. EU and US competition authorities will make significant demands in terms of requiring disposals and imposing trade restrictions."