What’s next for Formula 1 after the departure of Bernie Ecclestone? 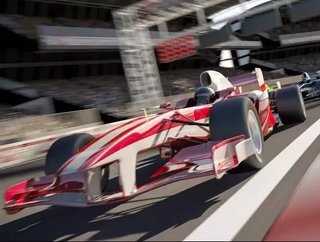 Formula 1 has recently announced that after 40 years; Bernie Ecclestone will be standing down as Chief Executive Officer immediately. In his place, previous FOX Chief Operating Officer Chase Carey will drive the future of F1 and will oversee the future of the brand.

In a press release, Ecclestone has stated: “I’m proud of the business that I built over the last 40 years and all that I have achieved with Formula 1, and would like to thank all of the promoters, teams, sponsors and television companies that I have worked with. I’m very pleased that the business has been acquired by Liberty and that it intends to invest in the future of F1. I am sure that Chase will execute his role in a way that will benefit the sport.”

Ecclestone will become Chairman emeritus, at which McLaren Executive Director Zak Brown has commented that Ecclestone has “created a fantastic springboard from which Chase Carey and his Liberty Media colleagues will be able to take Formula 1 forward and make it even bigger and even better.”

"Formula 1 wouldn't be the international sporting powerhouse that it is today without the truly enormous contribution made over the past half-century by Bernie Ecclestone.

Chase Carey, new CEO and Chairman has also stated, “I am excited to be taking on the additional role of CEO. F1 has huge potential with multiple untapped opportunities. I have enjoyed hearing from the fans, teams, FIA, promoters and sponsors on their ideas and hopes for the sport. We will work with all of these partners to enhance the racing experience and add new dimensions to the sport and we look forward to sharing these plans overtime.”

The company’s new direction and restructure has also seen the reinstatement of Ross Brawn, who previously worked for Mercedes and Ferrari. In the position as Managing Director, Brawn will work closely with the F1 teams and the company’s sporting operations and is a well-known figure within Formula 1, with winning a number of FIA Championships and company titles.

With a new management team, the company will seek to engage and create further opportunities for promoters, fans and supporters. Sean Bratches will also be joining the team as a Managing Director for Commercial Operations, at which he has said, “I am encouraged by the manifold opportunities to materially grow the business, work closely with current and future sponsors, race circuits, television rights holders as well as create next generation digital and on-site race experiences to best serve the Formula 1 fans.”

Carey supported this vision, stating, “I look forward to working with Ross and Sean, as well as key current executives including Duncan Llowarch our CFO and Sacha Woodward Hill, our General Counsel, the FIA, Bernie and Liberty as we work together to make Formula 1 the best it can be for the teams, promoters and fans for years to come.”