By Samuel Musguin-Rowe
May 19, 2020
undefined mins 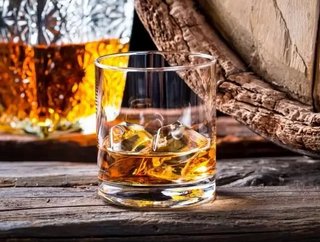 The celebrity alcohol market is as beguiling as it is baffling. What at first appears to be an ill-fitting endorsement gone too far can sometimes, upon closer inspection, make sense.

On the face of it, an elite athlete lending their name to a bottle of whiskey seems somewhat outlandish. But when the distiller in question is Conor McGregor – who, having been stopped in the 10th round versus Floyd Mayweather last August, arrived at the post-fight press conference sipping ‘Notorious’ Irish whiskey – it fits.

It’s not a perfect science (for every Cîroc, there’s a Trump Vodka), but every once in a while, there emerges an indisputable no-brainer.

Take Humphrey Bogart. A committed drinker, legend has it the actor would finish his days on set by calling out “scotch!” – and a glass would be placed in his hand soon after. Forget the many immortal lines from his films (including Casablanca’s iconic misquote, “play it again, Sam”), Bogart was at his most poetic when pondering alcohol off-camera. “I don’t trust a man who doesn't drink,” he claimed. When asked whether he had ever quit booze, Bogart, the original leader of the legendary Rat Pack (Frank Sinatra took over after Bogart’s death), quipped: “Just once, and it was the most miserable afternoon of my life.”

He passed away in 1957, but ‘Bogie’ never died. Not really. He lives on in his peerless performances on-screen, through his seemingly eternal influence on popular style and culture, and, more recently, he’s with us in spirit – specifically, Bogart Spirits.

“Our main goal is to keep his legacy alive,” says Robbert de Klerk, CEO of the Humphrey Bogart Estate. “We do it through a variety of initiatives, such as our annual film festival in Key Largo, our re-boot of his Santana Films production company, and our social media presence. We also do it through licensing and partnerships for products that have an authentic connection to his legacy. Bogart was closely associated with loving a good drink, so a partnership in the alcohol business is a natural fit for us. It’s why seeing Bogart’s iconic image on a bottle of liquor still resonates with people in 2018.”

And resonate it does. Producing a gin, vodka, rum and a limited-edition whiskey, Bogart Spirits is selling in increasing volumes, with each bottle featuring Bogie’s image, signature and a famous quote. Having first launched in the United Kingdom, then arriving in the US late last year, demand has seen the brand acquire its own dedicated distillery in California. At the time of writing, it has already been upsized three times.

Born and raised in the Netherlands, de Klerk came to the States for love (his wife is American), and practiced law until a friendship with Audrey Hepburn’s oldest son saw him introduced to the late Bogart’s son Stephen. Taking the CEO role in 2009, de Klerk initially used his legal know-how to “clean up the landscape” for the Bogart Estate, taking action against companies looking to make a fast buck off Bogie’s image without permission. Then he set about building the business.

While in some states it remains a free for all, California protects a celebrity’s right to publicity after death, passing this on to their estate. It’s big business – in 2017 alone Michael Jackson made $75mn, topping Forbes’ list of top-earning dead celebrities for the fifth consecutive year. Elvis, who left the building in 1977, made $35mn.

For Bogart’s children, Stephen and Leslie, the business of Bogart will always come secondary, according to de Klerk, “to protecting and promoting their father’s legacy.”

“This type of business will open you up to the criticism of fans who’ll say, you know, ‘Bogart wouldn't do this or like that’,” he admits. “But what I say to that is when Bogart was alive he was associated with plenty of advertising campaigns. He certainly wasn't averse to associating his name with commercial undertakings. And, perhaps more importantly, it’s the Bogart family that benefits from this, and the proceeds fund our efforts to make sure each new generation of film fans learns of his legacy. Stephen and Leslie, having discussed this often with their mother, Lauren Bacall, are convinced Bogie would get a big kick out of our efforts.

“The key, always, is to be authentic, to be fair to his legacy, and to be fair to his fans. We do this by associating Bogart’s image with products that he used, that he loved, and that he would've promoted.” It’s why Bogie fans can purchase an official Bogart Trench Coat from Aquascutum (which is where Bogie bought his famous trench coats), play a Casablanca slot machine developed with Everi and Warner Bros, and join Stephen Bogart each October in Key Largo – named for one of Bogie’s best loved films and home to the real African Queen boat – to celebrate all things Bogart at the annual Humphrey Bogart Film Festival.

Unlike most of the estate’s other commercial deals, however – which often license the Bogart name for a set amount of time – its recent foray into the liquor business is a partnership. Why?

“[Alcohol] is so strongly associated with Humphrey Bogart and such a core part of his identity that we did not want to enter into a short-term licensing agreement,” explains de Klerk. “If we had said to a big alcohol company, ‘sure, put out a limited-edition Humphrey Bogart scotch’, for example, that would exist for a year or two, and we would be out of the market in that category. Any other brand would say, ‘we're not interested’. We wanted to build our own brand. And when you ask a partner to build a brand with you, and to invest in doing it the right way, they need to know that you’re committed for the long term.”

So, having spent a prolonged period scouring the industry for a collaborator who shared their vision, the Bogart Estate went top-shelf. A partnership was inked with billionaire Patrón Tequila co-founder John Paul DeJoria and his company ROK Drinks, which is led by UK entrepreneur Jonathan Kendrick. The ROK website bears a mandate to: “Build the Mega Brands of Tomorrow, Today.”

The Bogart Spirits partnership is the perfect marriage, de Klerk says, as ROK’s liquor market know-how and clout is matched by the worldwide recognition of Bogart’s image. And yet he is aware that “quality is paramount,” as sell-through is key to the effort to build a successful liquor brand. “Many people will pick up a Bogart bottle, but they’ll only pick up their second bottle if they loved drinking the first one,” de Klerk says, “and that is why we have invested in our own craft distillery helmed by a master distiller.”

A three-tier distribution system, paired with state-by-state registration, means that launching a nationwide liquor brand in the US can take some time. However, Bogart Spirits is off to a very fast start. Bogart’s is already available in big box retailers in its home state of California, has just partnered with one of the nation’s largest distributors in Humphrey Bogart’s birthplace of New York, and has signed distribution agreements in states ranging from Colorado to Louisiana just in the first month of 2018. It seems de Klerk is well on his way to delivering on his promise that “the majority of Americans will be able to get their hands on a bottle of Bogart’s in 2018.” The rest of the world may also not be three drinks behind for much longer, because de Klerk explained that Bogart Spirits fields regular distribution inquiries “ranging from Brazil to Australia to Japan to Italy”.

As for price, the Bogart Estate was resolute from the outset that their product would sit in what de Klerk characterizes as “affordable luxury.” Bogart’s Gin, Rum, Vodka, and Whisky are retailing at prices that are neither cheap nor extortionate, and this perfectly captures the man whose image is on the bottles.

“Humphrey Bogart was someone who looked like, sounded like and came across like an average guy made good,” beams de Klerk. “Despite his upper-class New York roots, he was never snobbish, he was never elitist and it was important to him that everything he did was accessible to everyone. He would not have been the guy to put his name on a $100 bottle of liquor, so that's not what we want to do either.”