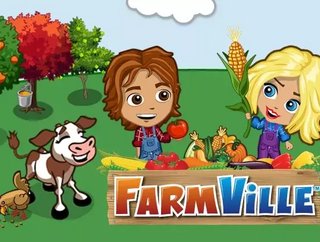 A changing of the guard is underway at Zynga Inc. Today the social gaming giant announced that it has appointed Frank Gibeau as its new chief executive officer, a change that will officially take effect on March 7, 2016. This comes as Zynga founder and current CEO Mark Pincus steps into a new role himself, taking on the role of Executive Chairman of the Board.

Gibeau comes to Zynga as a 25-year veteran of the gaming industry, working his way through several important roles at Electronic Arts Inc. From 2011 to 2013 Gibeau served as President of EA Labels; following that he served as Executive Vice President of EA Mobile, overseeing development and publishing for mobile games under the EA label like Bejeweled, The Sims, and Plants vs. Zombies.

"I recruited Frank seven months ago to become an active board member to advise and coach our teams,” said Mark Pincus in a press release announcing the role change. “Frank has mentored product teams, led roadmap meetings and delivered inspiring talks to our game making and PM communities. Frank has also been a big supporter of our move to smaller more nimble teams. Equally important, we have worked well together and share a common vision for Zynga around mobile and social gaming.”

"I'm incredibly honored to join the Zynga team as CEO,” added Gibeau. “Mark founded Zynga with the simple premise that it's more fun to play games with other people and that social gaming was a path to the mass market. I felt the power of this idea as a competitor and was inspired by how Zynga reached unexpected new audiences and opened up brand-new gaming platforms.”

With this new executive restructuring in place, Gibeau and Pincus plan to work together to unlock the company’s further untapped potential.

"Despite the success of mobile games, Mark and I believe that the full promise of Zynga and social gaming has yet to be fully realized,” said Gibeau. “We believe that Zynga has an opportunity to create new social experiences to connect even more players together. We will continue to invest in our talent and build on our empowered, entrepreneurial culture. As important, we must commit to a new level of operational excellence with focused execution, engineered hits and strong cost discipline. I'm excited to get started and expect a seamless transition given the progress we've made together over the past seven months. I'm encouraged by our early momentum and look forward to partnering with our teams to build on the progress we're seeing across the company."