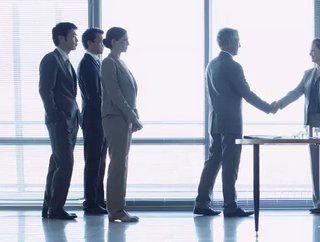 Following a year of strong dealmaking in North America in 2021, M&A activity in 2022 looks even more promising and is poised to match the peaks of 2015.

That’s according to new research from Willis Towers Watson, which predicts that continued digital transformation along with ESG and supply chain priorities will drive dealmaking in the year ahead.

In 2021, global dealmakers achieved their first positive M&A performance for a full year since 2016, according to the latest research on completed deals from Willis Towers Watson’s Quarterly Deal Performance Monitor (QDPM).

Run in partnership with the M&A Research Center at The Bayes Business School (formerly Cass), the data also reveals that global activity achieved new highs as completed deals valued more than US$100 million reached 1,047 in 2021. This represents a significant increase over the previous year and is the highest annual volume since Willis Towers Watson’s analysis began in 2008.

Deal volume in North America remained consistently strong during 2021, with acquirers closing 614 deals, almost double the 325 deals achieved in the previous 12 months, although they only outperformed their regional index by the narrowest of margins (+0.5 percentage points).

2022 activity will also be strong, but with caveats

This year, most dealmakers will be aiming to match or exceed their 2021 deal total, according to Willis Towers Watson, though they will also be concerned that inflation pressures and ESG issues could have a negative impact on deal performance.

Besides the ongoing pandemic, supply chain disruptions and talent shortages, government regulation is likely to intensify, with a focus on the tech sector. Companies will also continue to face geopolitical tensions.

“China looks unlikely to remain the powerhouse of international, cross-border deals, which may serve to stimulate activity in other places such as Japan, India and Southeast Asia,” says Smithson. This trend is already evident in Willis Towers Watson data, which reveals cross border M&A activity during 2021 has remained at a steady level despite depressed deal activity from China.

Businesses have been focusing on the digital transformation of their operations for a number of years, with the pandemic increasing the speed and scale of change. The Great Resignation, which has forced companies to re-evaluate how to retain and acquire new talent in a challenging labour market, will continue to be a factor with companies under pressure to acquire high-end talent in fields such as cyber security and software engineering.

According to Willis Towers Watson M&A data, 293 large and mega deals, valued at more than US$1bn, were completed in 2021, the highest number recorded as companies shaped their post-COVID-19 future through transformative acquisitions.

“This may well be surpassed in 2022 as companies and investors flush with cash continue to look for acquisitions in areas where they need to grow or add capabilities,” says Smithson.

Instead of declining in line with economic downturns, the unprecedented amount and mix of capital for deals from private equity firms and other investors indicate an increased capability and desire to do deals through downturns, according to Willis Towers Watson.

ESG priorities are climbing to the top of CEO agendas, with greater emphasis to drive employee engagement in a hybrid world of work and purchasing, rationalising or divesting assets to improve their environmental footprint.

As such, Willis Towers Watson predicts that themes like decarbonization will drive deals, with additional opportunities for new ventures stemming from climate risk mitigation innovation.

Many companies will aim to achieve more self-sufficiency in their products and services due to the immense strain exerted on global supply chains by the pandemic, social unrest, cyber attacks and extreme weather events. They will achieve this through either reshoring, nearshoring or M&A by vertically integrating upstream links to improve certainty of delivery.

Ultimately, M&A activity in 2022 looks poised to match the peaks of 2015, predicts Smithson, although deals will remain susceptible to increasing challenges.

“High valuations, deal complexity, competition for high-quality assets and pandemic-fuelled supply chain disruption will continue to have knock-on consequences for dealmakers. Deal speed, preparation and quality due diligence will be essential if dealmakers’ expectations are to be met.”