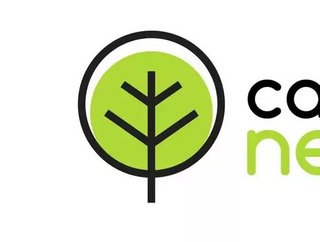 Amazon and Global Optimism announce that Henkel has joined The Climate Pledge...

Committing to be net-zero carbon by 2040 - 10 year ahead of the Paris Agreement’s goal of 2050 - Amazon and Global Optimism have announced that Henkel has joined The Climate Pledge. In addition, the two organisations also reported the addition of Signify - who has already achieved carbon neutrality - to share best practices and collaborate with others.

What do those who sign The Climate Pledge agree to?

“By signing The Climate Pledge, companies around the world are taking collective action to protect our planet from the catastrophic impacts of climate change. We welcome Henkel as they join us in our commitment to be net-zero carbon by 2040, a decade ahead of the Paris Agreement. We are also excited for Signify, which achieved carbon neutrality earlier this year, to join The Climate Pledge with the goal of collaborating with other signatories and sharing best practices. These companies are demonstrating important leadership as they help us accelerate the transition to a low-carbon economy and protect the planet for future generations,” commented Jeff Bezos, Amazon founder and CEO.

Embedded in its culture for decades, Henkel is committed to being sustainability leaders, working closely with Amazon to promote sustainable innovation, Henkel’s long term goal is to become carbon positive by 2040.

Other sustainability goals set by Henkel include:

In addition, Henkel will work to leverage its brands and technologies to help customers and consumers.

"Climate change is a global challenge, which requires our collective action. At Henkel, we want to make a positive contribution to protecting the climate. Based on our achievements to date and in line with our ambitions for the coming years, we are pleased to join and support The Climate Pledge. Together with Amazon, Global Optimism, and the other signatories, we are committed to drive tangible progress and jointly take action to limit global warming,” added Henkel CEO Carsten Knobel.

Signify - a leader in lighting - committed to achieve carbon neutral operations by 2020 in December 2015. Announcing in September that it had achieved its goal, the company plans to double its positive impact by 2025.

The company will also join The Climate Pledge providing its experience, help and encouragement to advance carbon reduction programs for others signed to the pledge.

“We are pleased to join The Climate Pledge community as it mobilizes companies to meet the goals of the Paris Agreement 10 years early. We are committed to sharing best practices with other companies from our own journey to carbon neutrality in 2020, and to ramp up our positive impact on the environment and society,” commented Harry Verhaar, Signify Head of Global Public and Government Affairs.