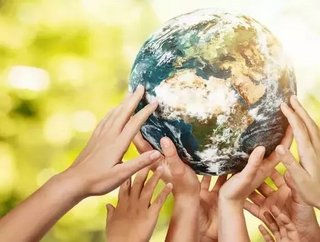 Having achieved its goal of 100% renewable electricity in 2020, Mastercard ups its climate commitments with a pledge to reach net zero emissions by 2050...

Mastercard has announced it is upping its commitment to create a more sustainable and inclusive digital economy, with a pledge to reach net zero emissions by 2050.

This comes hot on the heels of announcements by hundreds of huge global corporations pledging the same, to cut greenhouse gas (GHG) emissions to zero as part of efforts to keep global warning below 1.5C.

In fact, the number of net-zero commitments has doubled in less than a year, according to the UNFCCC, with huge corporations including Nestle, Amazon, KPMG, Ford, Microsoft and PepsiCo announcing net zero promises, and BlackRock and Mastercard the latest to commit.

However, for Mastercard – the first company in the payments industry to gain Science Based Targets initiative (SBTi) approval for its GHG goals - this latest pledge builds upon its existing GHG promises, with the company currently working towards its SBTi-approved goal to reduce total Scope 1 and 2 emissions by 38% and Scope 3 emissions by 20% by 2025 from a 2016 baseline.

These targets reflect a long-term commitment by Mastercard to reduce emissions across the business, drive operational energy efficiency, and even engage suppliers in value chain decarbonisation.

And progress has already been made with the company having achieved its goal of 100% renewable electricity in 2020.

Not one to rest on its laurels, and with 2021 set to be a crucial year for climate action, the company is doubling down on its climate control efforts.

As well as improving its own environmental footprint, Mastercard has committed to drive “systemic change through powerful coalitions and empower our network of nearly 3-billion consumers to take collective action to preserve the environment,” says Mastercard’s Chief Sustainability Officer, Kristina Kloberdanz.

To improve its own environmental footprint, and reach its net zero goals, Mastercard points to two priority areas – decarbonising its own operations (180 facilities worldwide) and leading on supplier sustainability.

The company is prioritising renewable energy and energy efficiency programmes, including increased use of solar panels in data centres, which totals 50% of energy usage company-wide.

Mastercard, whose innovative approach to supplier sustainability has made it a leader, will offer its suppliers continued support with setting and achieving GHG goals.

Mastercard is leveraging its experience in financial inclusion to build sustainable, scalable solutions and drive collective action for climate impact, working with banks, merchants and other industry partners, for example, to empower consumers with environmental choices.

Innovative initiatives include the Greener Payments Partnership and the Priceless Planet Coalition, the latter a commitment by Mastercard to work with 40+ partners to regrow 100 million trees over five years.