Meet the company: Patagonia proves purpose can be profitable 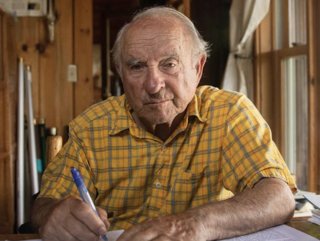 Patagonia has put its profits where its purpose is, donating 100% of Black Friday sales to saving the planet. But this is nothing new for the outdoor brand

It pays to have a purpose, as Patagonia has proven. The eco-conscious outdoor clothing retailer reached a record-breaking US$10m in sales during its recent Black Friday event, a figure five times greater than what the company had initially predicted.

Following its record sales, Patagonia put its money where its mouth is – announcing on Twitter that it would donate every penny made to “hundreds of local environmental organisations working around the world”.

So what? You may say. After all, in this current climate isn’t every business worth their sustainability salt doling out dollars to replant forests, feed the hungry or provide scholarships for the underrepresented.

Well, yes, as this Black Friday, or ‘Green Friday’ proved. With sustainability the highest it has ever been on the business agenda, during Black Friday 2021, scores of companies announced commitments to donate proceeds – from 1% up to 100% – from their sales to charities.

But while many companies are jumping on the greenwashing bandwagon, in a move to prove their eco-credentials and convince customers they really are driven by a purpose greater than just profits, Patagonia has been giving back since day one.

And with its continued annual sales of US$1bn, and super-loyal following, the nearly 60-year-old company is reaping the rewards of having been a purpose-driven company from the start.

Born from a purpose that is the planet

Owned by billionaire founder Yvon Chouinard, 81, and led by CEO Rose Marcario since 2013, Patagonia has prioritised people and the planet since its founding in 1973 and was giving back long before it became fashionable or imperative (due to customer demand) to do so.

With a mission statement that reads, “we’re in business to save our home planet”, Patagonia’s entire existence stems from its commitment to nature and desire to protect the planet and help people – and the company practices what it preaches.

Since 2002 and founder Chouinard’s co-launch of global movement 1% for the planet – where 1% of a member’s annual sales is donated to non-profit environmental groups – the company has made cash donations amounting to US$74m and secured ongoing commitments from other brands to do the same, Honest Tea and Boxed Water among them. Activism is at the heart of Patagonia’s DNA, and it has never hesitated to take a stand on political issues.

Among these, its anti-Black Friday campaigns, donating 100% of profits to the planet and suing former President Trump in a battle to keep 1 million acres of red rock canyons in California federally protected. In fact, any campaign that creates environmental awareness is on the outdoorsy giant’s agenda. In 2018, in response to Trump’s lowering of corporate tax rates, Patagonia stood up and shelled out US$10m to help combat climate change.

So important and ingrained is the company’s activism, it has a Vice-President of environmental activism, and a division dedicated to producing films highlighting environmental challenges and the joys of the outdoors worldwide, encouraging customers to take a stand for the environment.

The company also has a venture capital arm, Tin Shed Ventures, which invests in environmentally and socially responsible startups, as well as an internal volunteer program allowing employees to dedicate up to two months of annual working time to support environmental conservation projects, all while being fully paid.

In fact, it’s an organisation known for treating its people well. So much so that it became the first-ever retailer to shut down its e-commerce, in a move to ensure the safety of staff. At the start of the pandemic, Patagonia paused online sales due to management’s concern for employees, though still paid them in full; and once workplace procedures and layouts to address the threat had been made, resumed online sales in April 2021.

And all of this before we even get to Patagonia’s point of business, its products – outdoor clothing that’s both high-quality and earth-friendly.

Not only do Patagonia’s products entice people into nature, with the aim of fostering an appreciation for and care of the planet, but they are created sustainably – from the company’s switch to organic cotton in 1996, to its continued percentage increase of recycled materials, to its repair and recycle concept.

Dubbed the Worn Wear Program, consumers can buy second-hand Patagonia products instead of new ones, while its repair guides, published in six languages, encourage consumers to 'make do and mend', a strategy that other brands like The North Face have since jumped on.

This really is as green as it gets for a billionaire-dollar company that operates more than 100 retail stores across the US, Europe, Japan, Argentina and Chile and has an estimated 2,300 employees under its stylish belt.

Little wonder then that Patagonia has a string of sustainable awards and accolades to its name, among them the prestigious UN Champion of the Earth award, in 2019, for its outstanding entrepreneurial vision, and most recently the Environmental Sustainability Award at the 2021 CFDA Awards.

Patagonia's long, continued and consistent history of environmental activism and enlightenment paired with its annual billionaire dollar sales prove that purpose and profit can go hand in glove.