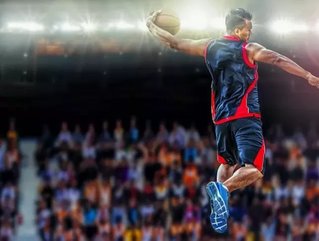 Beats by Dre, bought by Apple for US$3bn in 2014, has become the official headphones partner of the National Basketball Association (NBA)
The deal’s value has not been disclosed, although CNBC reports that “the NBA is set to attract an estimated $1.12 billion in sponsorship deals for the 2017-2018 season”.
CNBC added that this is the first instance in which the NBA’s sponsorships deals have breached $1bn, having hit $861mn the season prior.
“One of the sports world’s longest-running love affairs has been that between NBA players and their Beats headphones”, The Verge commented.
“Many wear the brand without even being paid for it, which has helped to cement its reputation as the favorite accessory of sportsmen in the US”.
Beats was founded in 2006 by Andre Young (NWA’s Dr Dre) and producer Jimmy Iovine with a focus on design and sound quality.
Products will be provided to NBA stars, such as LeBron James, Steph Curry, and Kevin Durant, with team-specific and branded headphones to shortly become available for fans.
Luke Wood, President of Beats by Dre, said: “Basketball, music, and style speak one voice: Julius Erving became a style icon, Allen Iverson cemented hip hop’s place on and off the court and LeBron James is breaking new music every day”.
See more:
In commemoration of the deal, the NBA and Beats released a short video starring LeBron, James Harden, Draymond Green, Ben Simmons, Jayson Tatum, and Karl-Anthony Towns.
CNBC said fans can expect further collaborations at events including the NBA All-Star games in February, the NBA Draft next summer, and exhibition games in Europe and the Far East.
Elsewhere in the world of sports, Beats by Dre has also extended its deal with the UK’s Chelsea Football Club as its Official Sound Partner. The deal will run for three years, ending with the 2020-21 season.
AppleNBABeats by DreBeats
Share
Share