Best Tablets for Your Business 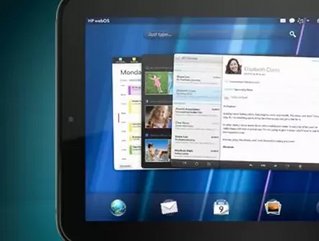 Tablet computers: are they tools or toys in the workplace? Many ask this question when trying to determine if they’re a good investment. This month, Business Review Canada got up close and personal with four of today’s biggest names in the industry. Find out their respective pros and cons and how you can utilize them in your office’s everyday tasks.

Self described as the “world’s first professional-grade tablet,” the BlackBerry PlayBook is uniquely designed for business use. Promoting the fact that the tablet can work smarter and play harder, the PlayBook features a 7-inch multi-touch display, a dual-core processor and a compatibility with BlackBerry Enterprise Server, which allows you to share via Bluetooth a nearby BlackBerry’s data. Offering multitasking, ultra-portability and the ability to use Flash (something the iPad is incapable of), the tablet looks like a good choice for the busy professional.

Starting at $499, this uniquely Canadian tablet seems to be a good bet for office productivity and communications.

King of the tablet market, the Apple iPad2 is widely known as a reliable tablet computer. Its iOS, long battery life, multitude of apps and accessories put it at the top of the tablet industry. Many business professionals use the iPad2 for reading/writing email, browsing the web, PowerPoint presentations and staying connected when away from the desk. Other features, such as the dual core processor, two cameras and its size are perfect for professionals on the go.

Although there are many who are loyal to anything Apple produces, some say the iPad2 is limiting by the way it uses its apps. As a tablet is not exactly a replacement for a computer, critics say that the iPad’s heavy focus on applications as the only source for program content may hinder a user’s ability to employ it at work.

Starting at $499, the iPad2 helps busy professionals keep up with work when away from the office.

Using Google’s Android 3.0 “Honeycomb” OS, the Motorola Xoom brings tablet speed to a new level. This 10.1 inch tablet will let you multi-task to your heart’s content. Like the PlayBook, the Xoom has dual cameras and web browsing capabilities that support Flash while its HDMI connectivity allows for easy sharing of its screen. The additional multitude of apps will give you access to everything that you need.

No tablet is perfect, of course. Memory isn’t expandable for the Xoom, but you’ll have up to 32 GB of storage for everything that you need. Additionally, the Xoom’s Android system was originally receptive to malware through apps that store data, but such apps have been since removed from Android’s Marketplace.

Starting at $599, your portable computing is backed by Google, a fact that almost sells the Motorola Xoom by itself.

Released on July 1st, the HP TouchPad has been created from a Palm and HP collaboration. The first tablet to run webOS, the new tablet is already causing a stir with its multi-tasking capabilities. Being able to answer calls and read text messages makes the HP TouchPad even more unique. Tap the TouchPad and a phone together to share documents, websites, songs, texts or calls, the tablet’s Touch-to-Share feature makes things easy and utilizes cloud computing capabilities. Running about the same size specs as the iPad2, the TouchPad has a dual-core processer, 16 to 32 GB of storage and a 1.3 megapixel camera.

When reviewed, the HP TouchPad was said to not be as polished as the iPad, although the interface was still attractive and different. Poor battery life is another criticism, but later versions are expected to improve quality overall.

Starting at $499, the HP TouchPad brings multi-tasking to the forefront for those professionals that never stop moving.