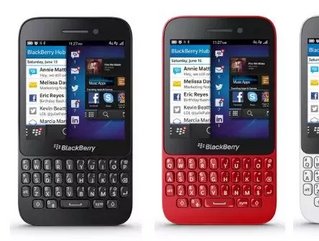 The BlackBerry Q5 is set to launch on Aug 13 in Canada. BlackBerry says its lower-priced full keyboard smartphone is headed to Canadian stores despite the fact it was originally intended solely for emerging markets.

The Waterloo based tech giant unveiled the cheaper version of its latest line of smarphones in May.

At that time, chief executive Thorsten Heins said that BlackBerry was focused on releasing the Q5 in certain countries where a lower-priced alternative to the normally expensive smartphone market was necessary, like Europe, the Middle East and Asia.

BlackBerry, formally known at RIM, launched the device in the United Kingdom, one of the most popular regions for higher-end BlackBerry phones, earlier this month.

The new lower-priced smartphone allows BlackBerry to offer its new BlackBerry 10 operating system to smartphone users who can't afford or simply refuse to spend the money on a more expensive phone.

The company says the BlackBerry Q5 will hit Canadian stores on Aug. 13 with Bell and Telus, along with various retailers. The phone will also be available through Roger's lower-priced label Fido. The company has yet to announce how much the phones will cost in Canada.