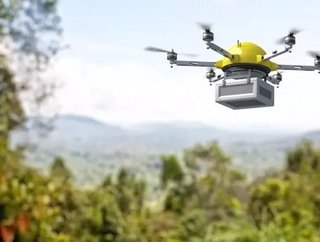 Canada Post has said it is looking into the idea of delivering its mail by drone in the future.

According to news site CBC, Jon Hamilton, a spokesperson for the company, said "We are in a competitive space, especially when it comes to parcel delivery and things like that.” However, he confirmed that they were not at the prototype stage at this point in time.

The use of drones has taken off with online giant Amazon the most significant user of the technology. It vows to deliver packages weighing five pounds or less within just half an hour.

Canada Post has recently won an award for an innovative delivery service. FlexDelivery, the service that allows customers to direct the items they order online to any post office they choose, won the Delivery on Demand Award at the World Post & Parcel Awards 2016.

Launched in May 2015, FlexDelivery allows customers to direct their online purchase to a post office near their workplace, their child’s caregiver, their cottage or a travel destination – or any place in Canada. Roughly one in three households has nobody at home when Canada Post attempts to deliver a parcel at the door, so FlexDelivery can mean no more missed deliveries.

“Consumers are demanding flexibility and convenience when it comes to delivery. Our teams have met that need in an innovative yet easy-to-use way,” says René Desmarais, Senior Vice-President, Parcels, at Canada Post. “Posts around the world are innovating. That’s all the more reason to be thrilled that the industry recognizes our FlexDelivery service as the most consumer-centric delivery experience available.”

“With FlexDelivery, we put power in the hands of the consumer,” says Paul Bernard, Director of Product Management, Parcels at Canada Post. “At the beta testing stage, we asked consumers to journal their experiences with their online orders, knowing this service had to meet Canadians’ high expectations.”