The Deep Learning Market will be worth US$18bn by 2024 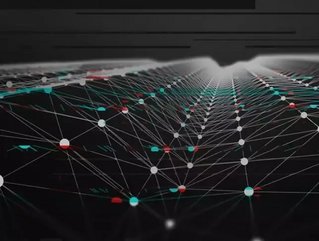 The Deep Learning market is expected to grow by 43% by 2024, up to a net value of $18bn, according to a new report by MarketWatch. The market’s major players according to the report (Google Inc., Microsoft Corporation, Qualcomm Technologies, Inc., IBM Corporation, Intel Corporation, General Vision Inc. and NVIDIA Corporation)

Deep Learning, also known as deep structured learning or hierarchical learning, is a form of artificial intelligence machine learning inspired by the structure of the human brain. Using simulated neural networks, the technology has proven to dramatically increase the effectiveness of speech and image recognition software. The MIT Technology Review reported that “a Google deep-learning system that had been shown 10 million images from YouTube videos proved almost twice as good as any previous image recognition effort at identifying objects such as cats. Google also used the technology to cut the error rate on speech recognition in its latest Android mobile software.”

“AxxonSoft’s deep learning technology, which is applied to both our Safe Cities projects and Safe Parks, is the same technology, it has just been adapted and taught different outputs in terms of what to look for from a surveillance point of view,” explains Colleen Glaeser of AxxonSoft.

Geographical reports that “by installing cameras around the perimeter of parks and game reserves, security forces can adapt their approach to poaching. Rather than constantly trying to apprehend criminals in the aftermath of poaching incidents, they can immediately send rangers and/or camera drones to hotspots when alerted by a smart software system that red flags likely poachers before a crime is even committed.”