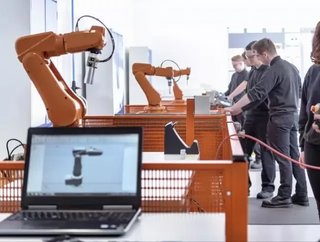 As some businesses struggle to recruit the requisite volume of skilled workers, particularly in the US across industries like manufacturing and construction, the push towards Industry 4.0 is in acute danger of being derailed.

However, a number of industry experts have recently pointed out that the vast swathes of millennials, and now members of Generation Z, that will soon make up the bulk of the workforce will also bring fresh ideas, skills and a desire to dedicate themselves to their chosen company’s mission statement – not to mention a willingness to exercise any opportunity to enhance their personal growth.

But is it that straightforward? Are organizations equipped to deal with the expectations of this burgeoning workforce? What potential hurdles sit in front of businesses who want to recruit from this group? Are businesses technologically savvy enough to deliver a working environment that will appeal to these younger generations?

Epicor is a business that prides itself on being able to determine target markets and buyers for its software solutions. As a business, its central mission is to build products designed to help its customers achieve their aims across manufacturing, retail, distribution and services. The company has been around since 1972 and now employs over 3,900 people. As a global business serving markets across 150 countries from its base in Austin, Texas, it’s essential to be on top of recruitment to ensure the company maintains a skillset that moves with the times and combats any gaps caused by technology transformation.

As such, SVP of Product Marketing Scott Hays is well positioned to comment on the push to recruit younger generations into some of the aforementioned industries. So, why are we seeing such a drive towards recruiting these younger generations of workers? “Every business runs on people. As much automation as we are putting into certain industries, there is still a demand for people,” says Hays. “While some things are changing – population curves, attitudes on entering the workplace and length of time spent at university – the demand for people continues. That’s the same for old and new businesses alike.”

Given Epicor’s rich heritage in the manufacturing industry, Hays uses this as a platform to demonstrate just why the demand for young skilled workers is so high. “This generation of young workers have grown up in a time where they were able to make things. Have you heard the term, ‘a maker’s approach’? Here in the US we are empowering our young people in school. Nowadays they are taught things like robotics and coding. They have a 3D printer or they’re using a CAD system. At a school level it’s relatively simple. There’s a real sense of ‘I can make stuff’ and this applies to the manufacturing world. There’s a strong affinity there between what these kids grow up with and the working world they’re entering.”

It’s certainly true that a few years ago these young people wouldn’t be entering a world of work already equipped with an ingrained skill set. The expectation then would have been to honor an apprenticeship before serving a lifetime dedicated to a craft. However, technology has changed that landscape drastically and has given these young workers early access into the demands of their chosen industry.

As these younger generations enter the global workforce there’ll be a tangible culture and time gap between current and older hires but the key, Hays feels, will be to create roles within an organization for recruits who are willing to engage with the business. The dialogue will be different too. “The word ‘engage’ is crucial. It’s no longer just a case of ‘apply and hire’ anymore. Millennials and younger generations want to be able to say, ‘I’m joining your purpose, I believe in you and I can contribute’, rather than just ‘what’s the job and what’s the salary?’”. As far as Hays is concerned, affinity and resonance will be primary drivers for recruitment going forward.

Crucially, technology will also play its part: “I think I would summarize the expectations around technology as being centered on this idea of ‘ease of access’. If you think about the younger generation’s experience of engaging with other people, it’s much more asynchronous but it’s 24/7. Let’s use texting as an example. The nature of texting is such that it says ‘at this moment I have 30 seconds and I can move this conversation on by sending a text’, and that’s become an expectation for all their relationships now. It’s the same for their relationship with a company, its processes and its data,” he says.

“Essentially they’re used to being more mobile. They can take one piece of important work and break it down into smaller elements. To them a piece of work can be moved forward without needing to be sat in front of a computer for hours. I think that will be an expectation going forward too. I also think it’s one driven by a culture of constantly dealing with smartphones and cloud technology. They’re always ‘on’,” he adds.

It’s accepted that this vibrant, younger workforce will be entering the job market as tech savvy individuals, but despite the huge advantages this brings are there any downsides? “There are two danger areas here,” says Hays.

“Firstly, I think there’ll be an expectation of transparency and openness but that won’t always be the case in business. There are very valid reasons why some businesses protect certain areas of what they do,” he continues. “Secondly, there’s a real risk of overreaching and oversharing. There’s this idea they can make something and if it doesn’t work, they’ll delete it and start again. There’s a real willingness to take risks, but in business these risks aren’t always appropriate.”

By way of caveating these concerns, however, Hays concludes that these ‘danger areas’ can certainly be overcome and, more to the point, he believes businesses should help rather than smother these aspects of younger workers. “We shouldn’t shut down these ideas but maybe we should put some guardrails on the approach. We really need to tap into ideas that are driven by fearlessness and innovation.”