IBM to expand and bring new opportunities to New Brunswick 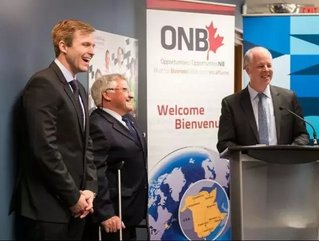 New Brunswick’s IT and security industry is on its way to getting a major boost. This week global tech leader IBM made multiple announcements related to growth of its New Brunswick facilities.

On Wednesday IBM Canada stated that it is expanding its cybersecurity operations in Fredericton, a move that will create 100 new full-time jobs over the next three years. On Thursday, IBM Canada followed up with a subsequent announcement that it will also be creating 110 new full-time jobs in Saint John and another 40 in Florenceville-Bristol.

“This economic development investment will create a hub of IT and security technology expertise and high-value jobs in New Brunswick,” said Dino Trevisani, president of IBM Canada, in a press release first announcing the growth in Fredericton. “Together, we are planting these economic development seeds to help transition New Brunswick into a knowledge worker economy that can positively tackle huge challenges, such as the monumental growth of cybercrime, for the benefit of all Canadians and organizations worldwide.”

From the formation of the University of New Brunswick’s computer science division in the 1980s and onward, the province of New Brunswick has been considered a hotbed of technology research and development in Canada. This news both recognizes that leadership and further solidifies the province’s position on the cutting edge.

“IBM is a global business that can grow anywhere in the world,” added New Brunswick Premier Brian Gallant in the announcement of expansion in Saint John. “IBM has chosen to invest and create jobs in New Brunswick because it recognizes that our people are world leaders in information technology.”