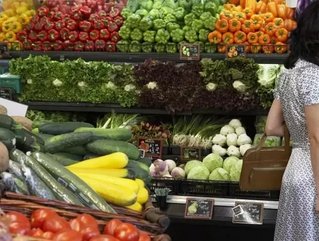 IBM has joined up with food giants such as Nestle, Walmart, and Unilever, in a bid to reduce food contamination by using blockchain.

The US tech company has been exploring various blockchain projects over the last few months like most of its competitors in the public cloud computing space.

IBM announced that the technology would offer transparency and traceability to global food businesses, as they will be able to use the blockchain network to trace the source of contaminated produce.

Blockchains are thought to be an innovative tool for the food industry, given the complexity of the food chain from producer to consumer.

One in ten people take ill every year due to contaminated food, according to the World Health Organisation.

Earlier this month the European Union’s food safety commissioner called a summit, following a scandal where thousands of eggs were contaminated with the pesticide Fipronil.

The blockchain maintains a digital record of transactions rather than a physical one. This allows food suppliers to source information about the origin, condition, and movement of food - as well as tracing contaminated products - in mere seconds.

Created by bitcoin-founder Satoshi Nakamoto, the original blockchain was created to serve as the public ledger for all bitcoin transactions.

In a statement, Frank Yiannas, vice president for food safety at Walmart, said: "Blockchain technology enables a new era of end-to-end transparency in the global food system – equivalent to shining a light on food ecosystem participants that will further promote responsible actions and behaviours.”

He added: "It also allows all participants to share information rapidly and with confidence across a strong trusted network. This is critical to ensuring that the global food system remains safe for all."