The innovations behind the Tesla Gigafactory 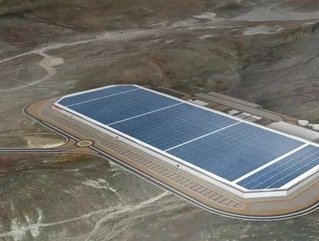 Just outside of Sparks, Nevada, on Electric Avenue, sits the Tesla Gigafactory. With 10 million square feet of space — the largest footprint of any building worldwide — the Gigafactory at full capacity will be able to produce more lithium ion batteries in a single year than were produced globally in 2013.

Tesla broke ground for its Gigafactory project in June 2014. Facility construction stretched out through 2015, while 2016 is slated for equipment installation. Currently ahead of schedule, Tesla plans for cell production for Tesla Energy products by late 2016.

The Motley Fool reports, "Management says Tesla is on target for the first cell production allocated to vehicles in 2017, noting these cells will support Model 3 pack production."

Tesla estimates delivery of the Model 3 by the end of 2017, an essential timeline achievement if the company is to meet its goal of producing 500,000 cars by 2020.

According to Tesla Motors, "The name Gigafactory comes from the factory's planned annual battery production capacity of 35 gigawatt-hours (GWh)." A single GWh equals one billion watts, which is one million times the common kilowatt (kWh).

It takes a massive factory to even attempt to achieve Tesla's massive production goals, which could mean huge energy costs. Like a Tesla vehicle, however, the Gigafactory will not consume fossil fuels, nor will it use natural gas or house any diesel generators. Solar panels line the roof of the Gigafactory, which faces true north for maximum sun exposure, and also will be placed elsewhere throughout the Tesla property. Other alternative and green energy sources planned for the Tesla Gigafactory include both wind and geothermal power.

It's been estimated that the diverse energy sources used by the Gigafactory have the potential to generate about 20 percent more renewable electricity than the facility actually needs each day.

The Tesla Gigafactory, when complete and operational, not only will be one of the largest production facilities in the automotive industry, but it will be a self-contained factory with the ability to produce its own energy for a greener footprint.