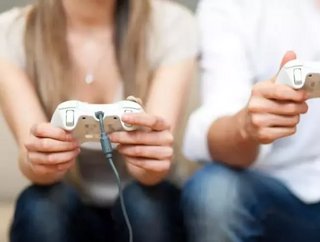 The video game industry has developed exponentially, with an increased need to appeal to a new generation of gamers. We take a look at how both old and modern games have shaped the industry through our top picks of games originally released within America which have since become worldwide successes.

Originally released in 1993, Call of Duty is now one of the most successful modern video games, with the franchise gaining over $10 billion through several platforms.

Owned by Activision, subsidiaries Infinity Ward, Treyarch and Sledgehammer Games currently support the development of further releases. Last release Call of Duty: Black Ops III made over $550 million within the first few days of its circulation, which has rapidly increased.

The franchise has since expanded into several other markets, such as toys and comic books, increasing their revenue further.

In 2002, The Sims became the best-selling PC game in history. Since its launch in 2000, it has become iconic with both adults and children, with several spinoffs since its original release. Over 11 million copies have been sold worldwide through several platforms.

Developed by Maxis and published through Electronic Arts (EA), the life simulation, single player video game allows players to build a home, purchase goods and participate in daily activities, such as abiding by budgets and gaining vital skills, alongside consequences if tasks are not completed. It is highly interactive and continues to soar in popularity.

Originally developed by subsidiary 343 Industries, Microsoft Studios released the first Halo game in 2001, depicting a battle between humanity and aliens (the Covenant) for the Xbox console.

The latest release, Halo 5: Guardians won ‘Best Multiplayer’ and ‘Best Shooter’ at the Game Revolution Best of 2015 Awards and ‘Best Innovation’ Award at the OXM Game of the Year Awards the same year.

Expanding into several merchandises, from novels, action figures and comic books, the franchise has grossed over $4.6 billion since its release.

With combined sales of over 10 million units, the Oddworld franchise has dominated the gaming scene since its release in 1994, selling seven million copies worldwide.

Developed by Sherry McKenna and Lorne Lanning and now under Oddworld Inhabitants in California, the series can be accessed through several platforms and remain popular with both children and adults alike.

The game consists of protagonist Abe, who seeks to save the Oddworld universe from all corporations and individuals who seek to destroy it.

The franchise has won over 150 awards and seeks to continually develop in order to appeal to a new generation of gamers.

Developed by SingleTrac in Utah and produced by Sony Interactive Studios America, now known as 989 studios, Twisted Metal is one of the most iconic vehicular combat games, originally released in 1995, alongside sequel Twisted Metal 2 in 1996.

The game incorporates destroying other modified vehicles in the competition through the use of various weapons and manoeuvers in order to win and meet Calypso, a figure who will grant you whatever the winner desires, incorporating one player or co-op mode.

The game has sold over 1 million copies and continues to be known as one of the greatest games of all time.