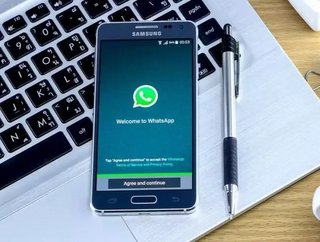 With the recent concerns around Facebook obtaining user data through the acquirement of WhatsApp, we look at 9 successful American messaging apps, both past and present which have developed within America and allowed users to connect with friends and family all around the world.

With over a billion users under its umbrella, WhatsApp became a worldwide success, allowing consumers to send messages without having to pay traditional SMS charges, whilst being an accessible app across a variety of platforms.

The mobile messaging app has a variety of functions, from standard messages to group messaging, in addition to allowing consumers to call, send voice messages, documents and pictures.

Created by Brian Acton and Jan Koum who previously worked for Yahoo!, the company was bought by Facebook for over $19 billion and continues to soar in popularity, with an ever increasing user base.

Founded in 2009 by Uri Raz and Eric Setton, Tango Messenger has over 390 million registered members and was built for users who wished to maintain relationships with family and friends who live far apart, incorporating voice call and video functions.

The free of charge. cross platform application is available in over 10 languages, with offices not only in California, but also in Beijing, Texas and Austin.

Unlike WhatsApp, the app allows users to play games whilst on the phone, in addition to providing a variety of different personalised functions to enjoy.

Through removing the messenger service within Facebook itself, users had to download the new Facebook Messenger app, which became live in 2014, with over one billion users.

The app allows users to video call, see when their message has been sent and read by the recipient, allows users to make standard calls across the world, in addition to sending and receiving photos and much more.

Users in the United States can also now send and transfer money to friends through the app.

Situated within San Francisco, Voxer launched in 2007 and “combines the power of live voice with text, video and photo sharing.”

Accessible in over 200 countries, with investment from Intel Capital, SV Angel, Crunch Fund amongst others, Voxer is renowned as a walkie talkie app, allowing both messaging and voice calls.

The social networking service allows users to send and receive ‘tweets’ through the web, mobile and messenger app, with over 300 million users under its umbrella.

Founded in 2010 by Jared Hecht and Steve Martocci, GroupMe is now under Skype in an acquisition worth $80 million.

Based in California under Ooma Inc., Talkatone allows users to call, send messages and keep in touch with friends and family, but is not available in Canada.

Located in California, Snapchat has become a best-selling instant messaging application which is now available in over 15 languages.

The multimedia platform allows users to send images which are then erased shortly after. The app has seen over 6 billion daily video views sent and has influenced various other products, such as Instagram Stories.

Created by Evan Spiegel, Bobby Murphy and Reggie Brown, the company has since acquired further brands which will help develop Snapchat further, such as Vurb, Seene and emoji company Bitstrips.

Previously situated in San Francisco, Messageme is no longer available after being bought by Yahoo! in 2014 for over $11 million. Messageme was hugely popular upon release, allowing users to send messages, videos, pictures and audio files.

It is rumoured that Yahoo! will be building a new messaging service as a result of the buyout.