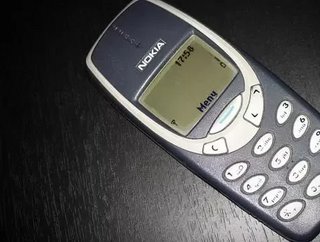 Prior to the launch of the Nokia 3310 in 2000, phones such as Motorola DynaTAC 8000X, Ericson T28 and Nokia 3110 were heavy and sturdy, unappealing to the eye and had big aerials attached, with no wireless connectivity, camera or desirable features built into them – they were solely for emergency purposes. The prevalence of the mobile phone market was steady, but not as competitive as it is today, with the rise of Apple and Android technologies. Consumers weren’t overly fussed about mobile phones or the latest technologies the market had to offer – that was,until the Nokia 3310 originally launched.

In September 2000, Nokia 3310 landed on the shelves to replace the 3210 and became an instant hit. Durable, sophisticated looking for its time and with an updated version of ‘Snake’, the phone also incorporated a number of new ringtones and various technologies. Enabling longer messages to be sent, the phone was one of the first phones which could be customised and incorporated a number of new features, such as a calculator and stopwatch. The 3310 became the one gadget all millennials wanted, and became a bestseller through its durability and appeal to mass audiences.

Unveiled at the Mobile World Congress in Barcelona, the relaunch of the Nokia 3310 has set tongues wagging and had got many consumers excited. Hardy, with a long-lasting battery life, the Nokia 3310 was one of Nokia’s bestselling phones, with over 120 million sold before it was discontinued in the mid-2000s, with the rise of smart phones and new technologies which are now embedded in the everyday smart phone or android.

Seventeen years after its initial release, the phone has had an image overhaul to appeal to the modern consumer. However, the internet speed will remain poor in comparison to modern smartphones with 2.5G connectivity, alongside a new low-quality camera.

Sold by HMD Global, the new design is lightweight and durable, and will now incorporate a month-long battery life, a large colour screen with a 6cm display, and to top it off, millennials will enjoy the revamped Snake game, which can now be played in colour.  Traditionally a navy blue, the design can now be bought in the same colour, but also grey, red and yellow.

Costing just $51, the phone is ideal for consumers on holiday or who wish to unwind from the rising digitisation of smartphones and social media apps, and solely utilise the traditional services mobile phones provide, which is the ability to contact family and friends. With 22 hours of talk time, nostalgia and the ability to utilise traditional services without modern amenities will prove alluring to many. However, the new design will feature limited modern accessories, such as a headphones socket, dual sim compatibility and Bluetooth.