Oculus Rift arrives in Canada, here’s what to expect 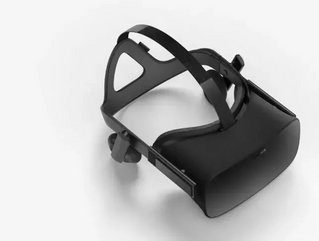 Facebook’s Oculus Rift has finally arrived in Canada after a successful launch in the USA.

The new virtual reality gaming headset is available for Canadian’s to purchase at Best Buy and online at the Microsoft Store, costing around CA$945.

But what do gamers get for their money with this latest gadget?

In a blog post, Oculus said: “Every Rift comes with the popular VR platformer Lucky’s Tale, along with hundreds of free 3D 360 videos and VR movies, plus access to the ever-expanding collection of made-for-VR games and experiences on the Oculus Store. The Oculus Store will support purchases in multiple currencies, including British Pound, Euro, CAD, AUD, and JPY.

“When you pick up your Rift from a European or Canadian store, you’ll get a localized product with regional pricing and translated packaging, manuals, and software. We’re also supporting developers to help them localize their games and experiences.

“You can easily test your current PC with our compatibility tool to make sure you have everything needed to power your Rift experience. If you need a new PC, we’ve partnered with the world’s best manufacturers to offer Oculus Ready PCs proven to deliver the highest VR performance available.”

Take a look at the video below for more details on what’s available on the new Oculus Rift.