Open AI are training robots through the use of VR 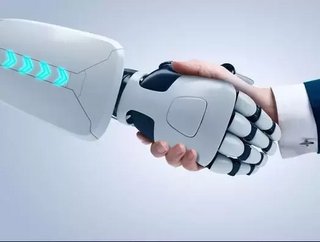 Not content with building the world’s first hyperloop or launching the heaviest satellite into orbit, Elon Musk’s OpenAI organisation is now training robots through the use of VR to perform basic tasks after seeing the task done once through an innovative robotics system.

Designers were able to build a robot, upon viewing the stacking of blocks through VR simulation, was then able to perform this basic task as a result of the neural networks.

Josh Tobin, a member of the technical staff at OpenAI said in a video, "infants are born with the ability to imitate what other people do. Imitation allows humans to learn new behaviours rapidly. We would like our robots to be able to learn this way too."

Launched in 2015, OpenAI has received approximately $1 billion in funding from Musk, LinkedIn co-founder Reid Hoffman and PayPal co-founder Peter Theil amongst others to undertake significant research in Ai, with over 50 researchers undertaking long-term technological discoveries. Around 36 percent of US companies are now utilising AI and robotics, according to a global survey, of which the figure is only set to rise. It will be interesting to see how the development of AI and robotics impacts on the workplace and how it will revolutionise the employment sector.

Take a look at OpenAI's video of recent developments: https://player.vimeo.com/video/217578517