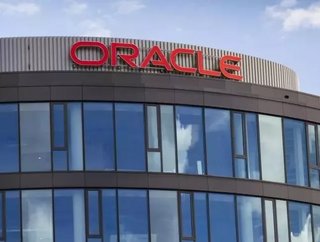 Oracle Corporation has been in the news for its stance in competing against multinational giant Amazon’s cloud services, stating Oracle’s software not only rivals Amazon’s, but betters it.

Originally launching in 1977, the California computer technology corporation has a continual competition to remain innovative, focused, with the drive to produce quality results within their hardware and software, in addition to the various services under Oracle’s business umbrella.

We look at how the company has expanded since 1980, fighting off competition to remain on top of its game, with a revenue of over $30 billion in 2016 alone.

Oracle officially launches in 1986 after founders Larry Ellison, Bob Miner and Ed Oates spend the first few years researching and innovating. The company begins to compete against major industry innovators, such as Microsoft, Adobe and Sun Microsystems, in addition to the launch of Oracle Applications Release 8.

The data company begins to garner international acclaim, becoming the first business enterprise to create accessible software, of which tasks and processes can be utilised from one main data centre. It also becomes one of the largest technological data companies and begins to launch worldwide.

Developments to their software also allowed users to begin to utilise and control different types of data, such as images, text and video through Universal Server.

The company acquires Rdb from computer manufacturing company Digital Equipment Corporation and continues to develop their products, such as Oracle 8, a sophisticated, upgraded version of the traditional Oracle database.

The company also begins to launch their technologies in Japan.

The company sought to develop practical applications alongside their main products further in order to strengthen their brand and market base.

The company becomes a firm favourite with key businesses and corporate enterprises as a result of product versatility, marketing and retail.

The company’s success is further displayed through the acquisition of rival management company PeopleSoft in 2005 and key player Sun Microsystems.

With the rise of cloud technology, the company launches Oracle 12c, which can be successfully ran alongside the Oracle Database

The company acquires American software company NetSuite for over $9 billion, and has also developed databases such as MySQL, Berkeley DB and TimesTen.