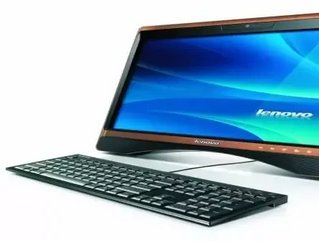 Facial recognition software. Finger-print identification security features. The ability to wirelessly transfer photos from a camera to an electronic notebook. Laptops have come a long way since the MS-DOS days. There’s no need to gig out. Business Review Canada’s tech experts were back at it again this month. We have highlighted the best new business capabilities for laptops of 2010 for your computing pleasure…

Interface: The Dell Studio XPS 16 is all about the multi-media experience, delivering an exceptional visual and audio experience. This rounded, high-gloss laptop offers an array of aesthetic options that convey a conservative and successful image.

Geek Speak: The Dell Studio XPS 16 is built with an Intel Core i5 processor and runs on one of the three versions for Windows 7: Ultimate, Professional or Premium. This laptop utilizes an ATI HD5730 Mobility Radeon 1GB video card to support vivid Hi-def widescreen display and the optional Blu-ray Disc player. The Dell Studio XPS 16 easily handles the new graphic-dominated applications that are prominent in the contemporary web experience.

Interface: Apple touts its newest MacBook as the fastest and most powerful to date. This laptop features the patented unibody enclosure carved from a single chunk of aluminum. Its cutting-edge, innovative design will surely lend itself to the user.

Geek Speak: Intel Core i5 and Core i7 processors boost performance up to 50 percent over the previous generation. The 15- and 17-inch models use NVIDIA GeForce GT 330M discrete graphics processor, allowing for the fastest graphics ever with 48 processing cores and up to 512MB of dedicated video memory. Built-in Hyper-Threading permits two threads to run simultaneously on each core. Resulting, Mac OS X recognizes four virtual cores instead of just two to delivered unparallel speed.

Surprise Feature: The 13-inch model has a built-in 77.5-watt-hour lithium-polymer battery capable of running uninterrupted for 10 hours. The 15- and 17-inch models last eight to nine hours.

Interface: The ThinkPad T410 weighs in at a mere 1.8 kg and runs up to 18 hours. This laptop incorporates the mobility and responsiveness required of today’s executives in the ever-changing marketplace.

Geek Speak: An Intel Core i5 processor and a NVIDIA NVS 3100M graphics with 512MB Video Memory card make the T410s as capable as the new MacBook. This laptop, though, is engineered with Lenovo’s Enhanced Experience for Windows 7, meaning increased business productivity. The ThinkPad T410s includes the ThinkVantage Client Security Solution with an integrated fingerprint reader for extra protection against data theft.

Interface: For the shrewd executive, this affordable laptop looks anything but with a ‘brushed-aluminum design and sophisticated caviar color.’ The 17.3-inch diagonal HD+ display is one of the largest available, giving the HP ProBook 4720s its surprising value.