The rise and fall of Vine: A brief timeline 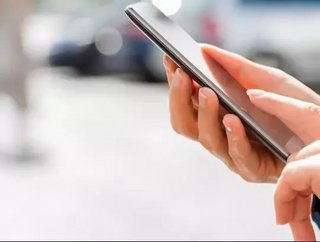 After four successful years, Vine is finally being axed by internet giant Twitter, who purchased the company back in 2012. Founded by Dom Hofmann, Rus Yusupov and Colin Kroll, Twitter originally secured the online network’s success, wihere six second loop video clips are published through the platform and are shareable through a range of social media outlets, falling under different category themes.

We take a look at the rise and fall of Vine, at which the platform is home to a multitude of followers who are sad to see its demise from social media.

The founders of Vine sell their company to internet juggernaut to Twitter for an impressive $30 billion, to which it became an overnight success in 2013 when released as an app for Windows and Android devices.

Vine becomes the most downloaded video-sharing app in the market, to which recorded six second clips are sent from user to user, to which there are now over a million Vine’s online and over 200 million users.

Vine had become such a hit with teenage and adult markets, the Vine Kids app was created in order to target younger markets. The app was also made available on Xbox One.

Video clips begin to feature the number of viewers through the top of the screen to appeal to users who wish to know how many individuals are following their clips, in addition to the increase of clip time from the standard six seconds to approximately 140 seconds.

Music also becomes a popular feature on the app, with many videos now synchronising to music, creating some of the most loved animal clips of all time.

With slower market growth due to the rise of apps such as SnapChat, who do not place time limits on their features, Vine has become increasingly outdated due to its limitations, despite its avid following. The app has ensured the success of previously unheard singers, promoted the popularity of animal videos and created a lot of memories for many utilise the app.

Twitter has yet to state their reasons for shutting down the app, yet founder Yusupov is hoping the app is not sold to another technological investor. The app has fully secured itself in the memories of many individuals who will utilise the app, of which Twitter has assured all Vine fans that the website will remain available and their Vine’s accessible for the foreseeable future.