The rise of GoPro 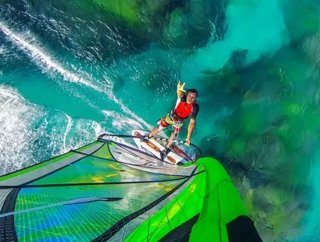 Founded by Nick Woodman in 2002, the GoPro has seen a meteoric rise since its initial release in 2004.

Despite originally building the product for surfers, with the aim to enable high quality photos to be taken in the water, the GoPro is now used for a multitude of sports and high adrenaline adventures which consumers wish to film and capture.

In an interview in 2011, Woodman stated that “the vision now is to enable as many stoked consumers as possible so they can document their lives and share it online”, with the core focus being sharing and communication.

The company’s continual innovative drive has seen them construct a drone, which is set for release at the end of 2016, which will further develop their market base.

We take a look at how the GoPro has developed to become one of the most sought after American products for thrill seekers throughout the world, alongside the construction of unique accessories and tools to heighten the products ability to create memorable experiences for consumers.

2004-2005: GoPro launched its first camera, the GoPro Hero. Built to be placed on the wrist, the Hero incorporated a 35mm film, allowing consumers to use the camera to depths around 25ft. Video streaming was not yet built into the product.

2006 – 2008: The release of Digital Hero two years later featured a video function, enabling users to take videos lasting up to ten seconds. The newly updated product sees the company’s sales leap to $3.4 million.
Digital HERO3 also hits the market, allowing surfers, scuba divers and other water sport enthusiasts to utilise the GoPro up to a depth of 30 metres. The company also launches the Digital HERO5 just a year after the initial release of the HERO3. The camera’s increased memory makes it a contender for the HERO3.

2010 – 2011: The HD HERO Naked and HD HERO 960 are released. The HERO2 is launched alongside the development and release of three different accessory packages to heighten communication and experience elements for for Surfers, Outdoor enthusiasts and Motorsport fans. The acquisition with CineForm allows Woodman to enable consumers to edit recorded material without reducing essential features within images, such as quality and definition. This software became incorporated into the 3D Hero System.

2012: The HERO3 line of cameras is launched, incorporating Wi-Fi, with three different editions, white, silver and black. A $200 million deal with Foxconn Technology Group turns Woodman into a billionaire. The company also sells over two million cameras in 2012 alone.

2013 – 2014: The release of the HERO3 Black and Silver editions sees the GoPro become more functional with its lighter, sleeker design, with updated features and increased battery life, allowing users to take videos with reduced noise emittance, enhanced audio functions and creation of sharper images. Woodman creates GoPro studio for Windows and MAC devices. This video-editing software allowed users to increasingly edit and shape their captured videos. The development of video-editing software led Woodman to enhance user experience and communication through popular sharing video platform YouTube, alongside video gaming services Xbox and the Playstation Network. Two editions of the HERO4 are released, with the Black and Silver products incorporating differing functions.

2015: GoPro launches the GoPro HERO LCD and GoPro HERO . The cameras contain improved photo and video resolution. The device also now incorporates Bluetooth and Wi-Fi, in addition to a touch screen and updated editing software, enabling the camera to become one of the best in the market. The company also collaborates with the National Hockey League, who will utilise GoPro in the games to improve the experience of spectators who wish to gain a first-person perspective.