The Sentient Enterprise: A new framework for data-led transformation 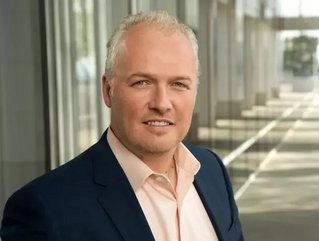 In an interconnected, data-soaked and increasingly disrupted business world, companies are rushing to embrace digitisation. They’re rushing, in part, because they no longer have much choice. The upstart challengers troubling their comfort zones began digital. Forged in data, they were born in a hurry.

Disrupted enterprises are looking for answers. They’re pouring hundreds of millions a year into the deployment of data and analytics technologies. A recent TCS survey of companies across 13 global industries suggests the most progressive companies are spending $100mn or more annually on AI alone, and intend to ramp that spending by a further 30% by 2020.

It is investment provoked by the burgeoning availability of data itself, surging at a speed only automation and advanced analytics can hope to handle; mere humans are no longer capable of processing what they’re seeing. So, capturing and fully exploiting insight from data erupting from all corners of company operations is now globally recognised as an existential necessity.

But despite accelerating investment, companies that weren’t formed from data continue to struggle to live with it. Around two thirds of all enterprise-level software projects fail to deliver desired results, while - if one study is to be believed - up to 75% of executives think their projects are doomed to fail before they’ve even got started.

One solution may have now arrived in the form of a new book from two storied luminaries of the digital industrial revolution. The Sentient Enterprise, by Oliver Ratzesberger and Dr. Mohan Sawhney, aims to provide a map for navigating these treacherous waters. It plots a journey to ‘a new model for analytic capability, maturity, and agility at scale’, with a promise to ‘change the way everyone in business makes decisions’.

A bold claim, but it’s one the authors have some authority to make.

Ratzesberger is EVP and Chief Product Officer at Teradata, a company that’s been at the forefront of commercial data analytics for more than 35 years. Teradata can list 1,500 of the world’s largest and most data-rich companies among its clients, including the likes of Maersk, VW, HSBC, AT&T, and major airlines (practically all of them). Teradata has been deeply involved in the remarkable turnaround of US telco Sprint, too, which you can read all about here. Prior to joining Teradata, Ratzesberger developed a unified data platform at Sears Holdings and led data warehousing and big data at eBay, shepherding knowledge from trillions of website clicks and hundreds of billions of transactions.

Sawhney is the McCormick Foundation Chair of Technology, a professor of Marketing, and Director of the Center for Research in Tech & Innovation at the renowned Kellogg School of Management at Northwestern University. He’s a globally recognised thought leader, scholar, consultant and speaker. He has written many books, now including this one.

The Sentient Enterprise methodically lays out a framework for a company’s digital transformation journey. It is designed to be applied by leaders in businesses of any size, and with Ratzesberger and Sawhney at the helm it’s a course informed by a qualified blend of hard science and hard practice.

“We’ll be a North Star for that journey, rather than and end point,” Ratzesberger tells Business Review USA. “It’s not something you arrive at and put a check mark against and say, ‘okay, I’m done’. It is the journey towards the ultimate goal of how to disrupt the rest of your industry, rather than be disrupted yourself.”

The “a-ha moment” for The Sentient Enterprise philosophy occurred to the pair as they shared wine and cheese in a Chicago bistro in November 2013. Four years of further contemplation – and not a small amount of advancement in analytics technologies - has resulted in a book that seems perfectly timed.

A tipping point has arrived, says Ratzesberger, where the convergence of data processing and increasingly universal sensorisation is fully upending entire business models and industries, confronting established players with radical challengers like Tesla, Uber, Airbnb, Square, and many others.

“Our journey started years and years ago. We have both had the opportunity to see early adopters do very specific work in this space. Over the last 15 years, I have had the opportunity as a practitioner to drive some of the more advanced companies. But it is now scaling so much faster than the capabilities of most companies around the world,” he says.

Articulating an approach to guide companies through the maelstrom has been a central goal in constructing the Sentient Enterprise concept, adds Sawhney.

“The paradox, or disconnect, that we have anchored on was asking: ‘How do you make decisions at the speed of data?’ If the velocity of data is exploding, humans simply don’t scale and can’t manually sense and respond to what we call micro-events as they take place in the enterprise environment.

“So that’s where we came up with this idea of an ideal state of where we need to get to from a capability standpoint and we have developed the model to complete that journey. The tipping point is here, but the root of the problem is in scaling your decision-making capabilities to match the explosion of data and speed and volume of things to which you need to respond.”

Hence the concept of a company that thinks autonomously – a sentient enterprise. An organisation that might be better called an organism, built to sense, process, interpret and respond, almost in real time. Ratzesberger and Sawhney are quick to admit this sounds “a bit sci-fi”, but are equally quick to stress that the means to create such organisational ecosystems already exist and what they lay out in their book is a methodology to obtain them.

Above all, they say, what they’re not describing is a simplistic and fantastical notion of companies replacing human decision makers with AI. Rather, they lay out what they call a Capability Maturity Model in five distinct stages, where technology and process are thoughtfully and holistically deployed by leadership to provide maximum possible utility to the people using them.

It begins with the development of an Agile Data Platform. This is a technology backbone that ingests, analyses, and presents data to the whole company in ways that break down traditional siloes and removes error. However, it also enshrines a principle of properly managed and very human, cultural agility that Ratzesberger and Sawhney say is the keystone to unlocking every other stage.

“If you don’t manage to get good at agility, nothing else will happen,” says Ratzesberger. “Agility is this misunderstood thing that often turns into a wild west in companies. So many companies are so quick to declare that they are agile, but when you ask them some of the very basic questions you see that actually all they’re doing is running fast. That may work for 30 or 90 days, but in a year’s time they realise that they have created so much debt in their organisation that it overwhelms them and stops them in their tracks.”

Only when the technology, culture and effective governance of agility is in place can you move on to tackle the four other stages, each as human as it is technological:

In The Sentient Enterprise Sawhney and Ratzesberger succeed in articulately expanding on the detail within each stage of their transformation journey. At each turn, they qualify their methods with real-world examples drawn from their own experiences and from interviews with leading practitioners at the likes of General Motors, Uber, Dell, Siemens, Verizon, and many more.

The result is something akin to a Six Sigma approach to driving data-driven success – an analogy they are happy to make within its pages.

“To build The Sentient Enterprise we spoke with 300 C-level executives over the last two or three years about the concept, and many of them walked away saying: ‘Oh my god, you’ve just given me my next seven-to-10 years of work to focus on!” says Ratzesberger.

“We believe that executives are not looking for theoretical scenarios, they’re looking for a very practical approach to this. They want to benchmark themselves against what could be seen as world class, and then lay out a roadmap as to how they get there.”

The Sentient Enterprise: The Evolution of Business Decision Making is available in hardback or e-book now via publisher Wiley and other major retailers.