ServisBOT: Taking the fear out of AI 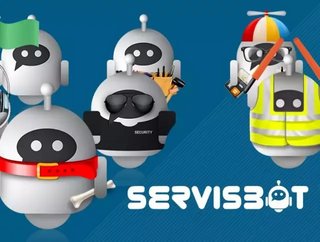 “No technology wins because it’s a piece of technology: it wins because somebody figures out how to apply it to solve a particular business problem in a unique way.” Cathal McGloin, CEO of artificial intelligence and automation-based customer service provider, ServisBOT, enthuses about the potential of AI, but warns businesses must apply it properly to their needs or risk being left in the dust.

Certain elements of AI are nothing new, as McGloin is quick to clarify. The idea for ServisBOT came about from experiences within the contact center space, in which McGloin had co-founded Performix Technologies in 1998. “We created this idea of employee performance back in the late 1990s, with the rationale that if you give people a view of what their targets are and how they are doing in real-time, they perform much better. We created, patented, and still own that, and every contact center has employee performance software today.”

It’s clear our demands on technology are changing, and AI is key in both promoting and fulfilling that expectation. “One of the big changes is we’ve moved away from a big screen onto mobile which is now a combination of touch and voice,” McGloin says. “My 16-year-old daughter will sometimes voice-text her friends, and won’t bother typing into Google… they can now just activate Siri, for example, to ask a question. The interface is part of the conversation… that’s what’s interesting to me.”

“One of the few areas that has not been impacted by digital transformation is customer service,” McGloin argues. “We’re still very much voice centric, waiting on hold. With live chat – which is 20 years old and has resurged in the past five years – you still have to have staffing, and so can only have your live chat work between, say, 8am and 8pm, often with a live chat agent handling several queries at once. That’s what gave rise to ServisBOT: the idea there had to be a better way of handling customer service with a conversational interface in a digital world that’s mobile-centric.”

The evolution of AI

“AI has been around for 40 or 50 years now,” McGloin explains, “but a few things have changed. One is the abundance of data to create an AI system – because these are learning systems, you need large amounts of data for machines to know what to do. That’s fulfilled today by the data overload we have.” Another element, according to McGloin, is the major processing power required for AI. “You needed a lot of processing power to crunch that data and come up with the answers – the Android device we now carry in our pocket has more power than anything in the 1990s.”

In addition, open sourcing has made essential knowledge and skills available. “Amazon’s been using AI for 10 years for book preferences… they open sourced it and made it available,” he explains, saying that these tech giants are releasing APIs to carry out machine learning and as such making AI easier to use so that “ordinary developers are able to get up to speed very quickly”.

These factors are set to make AI as much a part of life as the computer. “As Andreessen Horowitz talks about, AI will become a feature of all software going forward. Software will have to have some self-learning capability, and some artificial intelligence. So, AI will become table stakes in software going forward – anybody who doesn’t have it won’t even be in the race.”

The application of AI

McGloin is clear that “the difference between the winners and the losers is who knows how to apply AI. At ServisBOT, we’re trying to change the customer service experience by heeding trends. For example, millennials don’t like phone calls – they want to send off a text and hear back. People are impatient and want instant answers. Applying AI and chat bots means we can respond immediately. In addition, the way we’ve built it, a company can get this system up and running within hours and days.”

“Automation is key to what we’re trying to do,” McGloin emphasizes. “It’s not AI for AI’s sake…  while chat bots can be used to hold a conversation, we then have service bots which perform a particular task. It could print your banking statement or help you manage a journey… and because we use serverless technology, you can scale up to millions of transactions in an instant. Service bots aren’t just about chatting, but about performing a task, and our platform allows a company to orchestrate an army of service bots across different areas of their business.”

Why aren’t all businesses implementing AI?

Recently, software giant Red Hat commissioned Vanson Bourne to survey IT decision-makers on the adoption of technologies like AI. Respondents expected to increase technology investment by 25% from 2017-18. However, only 24% stated they currently implement AI, with an additional 30% planning to implement the tech in 2018. What threats, real or perceived, have stopped businesses already adopting AI in a flash?

First, McGloin mentions fear of AI replacing jobs. “This was the same argument with computers in the 1980s, but you’re always going to need human involvement. For example, customer complaints can’t be handled by bots as they can’t empathize. With certain transactions, people will always want to talk to someone, especially those to do with money. What will happen is we’ll provide better service, automate mundane tasks, and take the repetition out for folks.”

He also argues that most businesses are already using AI even if they haven’t made a disruptive song and dance about it. “Even things like preference selection on websites, there’s AI technology behind it. I think there’s this fear: ‘I don’t have a data scientist, it’s hard to get these people, it’s too expensive for my budget, I can do without it…’ You’ve got the issue of barriers like skills, availability, costs and so on that are stopping people from trying it out. The onus will be on application providers and vendors like ourselves to make it easy: we’ll build a solution that has an AI engine under the hood. As we make it more about the application and less about the technology, I think we’ll find it easier to embark on.”

So, is AI just the latest buzzword? “It’s the bees and the honey: everyone swarms to the latest thing, but AI is just a piece of technology. If you don’t apply it in a different way you don’t get anything out of it. Companies like ServisBOT are coming out and saying ‘don’t worry about the AI, we’ll solve that – this is about its application. Here are some easy tools to create a new work flow, or a new bot, to complete a new task… don’t worry what’s under the hood’. We’re selling it as a service.”

What’s next for AI?

Customer service and AI, then, go hand in hand – but where else can businesses easily utilize the tech? “Customer service is across all industries,” McGloin clarifies, “so it’s a horizontal layer. Where I see AI going next is into back-office, becoming the new business process management and elevating back-end tasks. It’s a useful area to apply AI because it can learn about things as it goes, it can change and adapt…”

In terms of ServisBOT, McGloin adds: “We’re at a really exciting stage, the product-market fit phase.  We think we’ve hit something really big. People are scared of AI, but if you just make it easy for them to embark on it, they will. We see a huge opportunity in actually taking the fear out of it, and making it easy and low-cost to get started.”

One can’t help but wonder whether the serial entrepreneur will stick with his business, but McGloin is focused on creating a solution that lasts. “The thing I am most proud of is the fact that every company I’ve been involved with on this whole journey, including the first one, Performix, all the technology is still available and in use today for companies to benefit from. What drives me is the idea of creating something new that has a purpose and is useful. That to me is success: regardless of how much revenue it’s generating, there’s somebody getting use out of it. It’s creating something out of nothing and having it live beyond when you’re involved.”