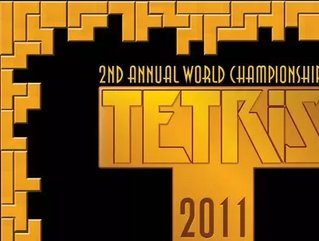 On Sunday October 16th, Tetris, Electronic Arts (EA) and Techno Source announced the newest Tetris World Champions. Decided at the second-annual live tournament, Tetris players from around the US competed against each other for a grand prize total of $100, an official Tetris trophy and, especially, bragging rights.

“The Tetris World Championships is a true celebration of the game,” said Henk Rogers, Managing Director of The Tetris Company. “It’s been incredibly exciting to see our new and old fans of all ages and backgrounds come together for a live tournament. It’s part of our vision that people all over the world can create a new world fabric of ‘likeness,’ all connected by the universal language of the Tetris game.”

Other competition opportunities during the Tetris World Champions included the first-ever Tetris Link tabletop tournament. Hosted by toymaker, Techno Source, contestants were able to participate in four-player games.  The ultimate Tetris Link champion was 25 year old Daniel Anderson who took home a trophy and $500. All contestants in this competition took home a Tetris Link game.

“It’s such a thrill to know how far the Tetris game has come since I first created it,” said Alexey Pajitnov. “We’d like to thank everyone for coming out for today’s competition and say ‘congrats’ to this year’s 2011 champions!”

Check out official footage from the event!