TikTok: Trump Demands A Cut From The App’s Potential Sale 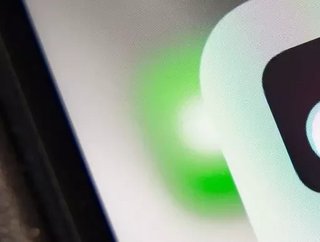 President Donald Trump has reportedly demanded that the US Government receives a significant cut of any purchase of popular app TikTok...

The app, which has seen exponential growth since the COVID-19 enforced lockdowns began across the globe, gathered its popularity for its short-form video style and its often high standard of content created by users.

Tensions between the United States and China in recent years have led to a lack of trust between the two countries, with the issue continuing to spread across the globe. The UK has recently moved to begin a ban of Huawei technologies within the country. The Trump administration has shared concerns, and made accusations, towards TikTok, which is owned by ByteDance. The government believes that the app is providing the data of its users, a large portion of which are based in the US, to the Chinese government. These accusations have only intensified the tensions between the countries, with the government and officials representing Beijing rejecting them.

Recent developments in the conflict led to Trump threatening to ban the app over the weekend, until talks between Microsoft and the app’s US arm began for a buyout. President Trump has now warned that negotiations must be complete between Microsoft and ByteDance for TikTok by September 15th, or it will be banned in the country.

Discussions between Trump and Microsoft’s chief executive Satya Nadella took place on Sunday, and resulted in the company being given the green light to begin discussions over the acquisition. However, the deal did not come without its conditions.

Talking to reporters, Donald Trump said “Whether it's Microsoft or somebody else, or if it's the Chinese - what the price is, the United States could - should get a very large percentage of that price. Because we're making it possible."

The deal would see Microsoft incorporate all of TikTok’s operations across the United States and Canada, and would also extend to Australia and New Zealand. Due to the nature of the negotiations, and the US concerns over privacy, all discussions will be overseen by the US committee on foreign investment. This board will reserve the right to veto any agreement made.

China Daily, the official state paper of China, released an editorial report claiming that China would not accept the theft of one of its major technology companies. A spokesperson for the Chinese ministry of foreign affairs said “The US generalises the concept of national security and, without any evidence, presumptions of guilt and threats against relevant companies,” on Monday.