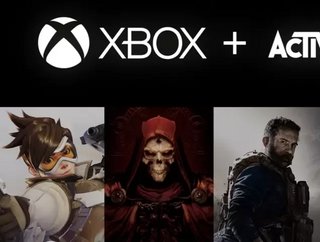 As Microsoft announces plans to acquire game designer Activision Blizzard for US$69bn, the biggest takeover ever, we share the top 8 tech deals in history

The biggest-ever takeover is about to land. Microsoft’s announcement to acquire game designer Activision Blizzard in an all-cash deal for US$69bn will make history as the world’s biggest-ever deal, if and when it closes.

This comes hot on the heels of Microsoft’s announcement last year to pay US$19bn for Nuance, a Massachusetts-based firm that supplies virtual assistant and speech-recognition technologies to hospitals, banks and retail businesses, as the tech giant looks to expand its presence in the enterprise software market. The purchase will help Microsoft accelerate innovation and continue to advance the next generation of conversational AI solutions.

Following the approval by the European Commission in December 2021, the acquisition of Nuance is expected to close soon and will mark Microsoft’s third-biggest acquisition if both this and the Activision Blizzard deals close.

Microsoft’s current top purchase, of LinkedIn in 2016, set the company back US$26bn, with other deals under its belt including video chat service Skype in 2011 for US$8.5bn, which it integrated across its business and consumer app portfolio.

This acquisition of Activision Blizzard, a leader in game development and interactive entertainment content publisher, marks Microsoft’s commitment to gaming and move into the metaverse, as the tech giant looks to expand its control of games and consoles (t already has Xbox).

This acquisition will turn Microsoft into the third-largest gaming company by revenue, it said, behind Tencent and Sony, and will put it in control of some of the most well-known game franchises including Call of Duty and Candy Crush.

As well as Xbox, Microsoft already has a big stake in gaming, having acquired ZeniMax Media in 2020 in a US$7.5bn deal. The gaming group includes Bethesda Games Studio, id Software, Roundhouse Studios and Tango Gameworks, among others, which means Microsoft now owns all The Elder Scrolls and Fallout games.

“Gaming is the most dynamic and exciting category in entertainment across all platforms today and will play a key role in the development of metaverse platforms,” CEO Satya Nadella said in a statement. “We’re investing deeply in world-class content, community and the cloud to usher in a new era of gaming that puts players and creators first and makes gaming safe, inclusive and accessible to all.”

As well as marking the biggest deal in history, this takeover doubles the amount Microsoft has ever paid for an acquisition, that of LinkedIn, and add to its empire which includes Minecraft.

And so, with this record-breaking deal about to land, and as deals continue their surge to ever-greater heights, we decided to dig through the archives and unpack the largest tech-to-tech takeovers and deals that have happened to date.

The richest pure tech deal to date, though set to be eclipsed by Microsoft’s purchase of Activision Blizzard if and when it closes, Dell and equity firm Silver Lake paid a whopping US$67bn for storage giant EMC back in 2016. This combined Dell's enterprise server, personal computer, and mobile businesses with EMC's enterprise storage business in a significant Vertical merger of IT giants.

With the aim of meeting the then booming global demand for fibre-optic equipment, optical networking firm JDS Uniphase Corp. snapped up rival fibre-optics components maker SDL Inc. for around US$36bn in stock, marking what was in 2000 the largest takeover of a tech equipment maker on record.

Known for its CRM services, cloud-based software company Salesforce made its biggest acquisition to date with the purchase of team messaging app Slack for US$27.7bn in late 2020. the reason? To combine it with Salesforce’s Customer 360 CRM to create the operating system for the new way to work and compete with Microsoft Teams.

Currently ranking as Microsoft’s biggest deal, the acquisition of LinkedIn for US$26.2bn in 2016 brought with it the chance for Microsoft to grow the professional networking site and integrate it with Microsoft’s enterprise software, such as Office 365. The move allows Microsoft to reach LinkedIn’s massive user b use and put its sales and distribution heft behind what was already the world’s largest social network. As part of the deal, LinkedIn retained its distinct brand and culture.

Marking Meta’s (formerly Facebook) most expensive acquisition to date, the US$22bn deal to buy messaging app WhatsApp was sealed in Facebook founder Mark Zuckerberg’s house over a bottle of Jonnie Walker scotch, according to Forbes. What was seen as a lot of money for not much back in 2014 has turned out well for Meta, with WhatsApp now one of the four top downloaded apps. It has grown from 450 million users in 2014 to 2 billion users as of 2021. WhatsApp has continued to run its operation independently.

In 2019, Salesforce tapped business intelligence platform Tableau to round out its business software empire, paying US$15.7bn in an all-stock deal. A powerful business intelligence platform that provides companies with the ability to turn raw data into more complex databases, interactive charts and visualisations, this acquisition gave the CRM player an end-to-end software ecosystem. As Salesforce’s CEO Marc Benioff said at the time of the deal, “Tableau helps people see and understand data, and Salesforce helps people engage and understand customers. It’s truly the best of both worlds for our customers.”