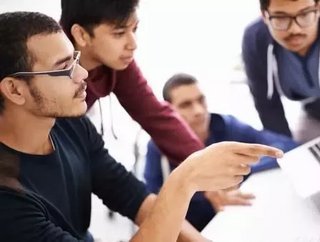 It has been announced that technology giant Apple is opening a research and development facility within Shenzhen, China, creating increased seamless, more collaborative relationships between various teams and ensuring an increased presence within the market. With this in mind, we take a look at top American software companies that undertake significant research and development within the software industry.

Since its founding in 1975, Microsoft is one of the most well-established American software companies in the world - being at the forefront of research, development and innovation is no exception. The company has research and development facilities based both in the US, UK and India, encompassing over 800 research interns per year.

The company is always developing current and new software products, but is also undertaking research into building an effective mosquito net in order to track the Zika virus, providing new data which will be highly effective in detecting and providing further information regarding the spread of the virus.

Apple is consistently undertaking research and development to ensure their devices appeal to various markets, investing approximately $8 million in 2015. Similarly to Microsoft, their R&D facilities are based both in the US and the UK.

Although Google does not have a typical research facility like the majority of major players, the company has a team which undertake research along their daily routines, with inventions such as Google Glass created through their production teams.

Nonetheless, the company spends a significant amount on supporting academic research and development, and supporting individuals who wish to undertake PhD’s, providing technical innovation through a number of programs worldwide.

Since its launch in 2000, software company DevExpress has won the TechEd Award twice and become a Gold Certified Partner for Microsoft, and has been known as an influential software company for two years running, winning over 30 awards at 1st place.

With headquarters in Virginia, Objective Interface Systems provides software for a multitude of sectors, undertaking significant research and development to ensure technologies and systems are produced to a high standard, listening to customer feedback to ensure swift, quality results.